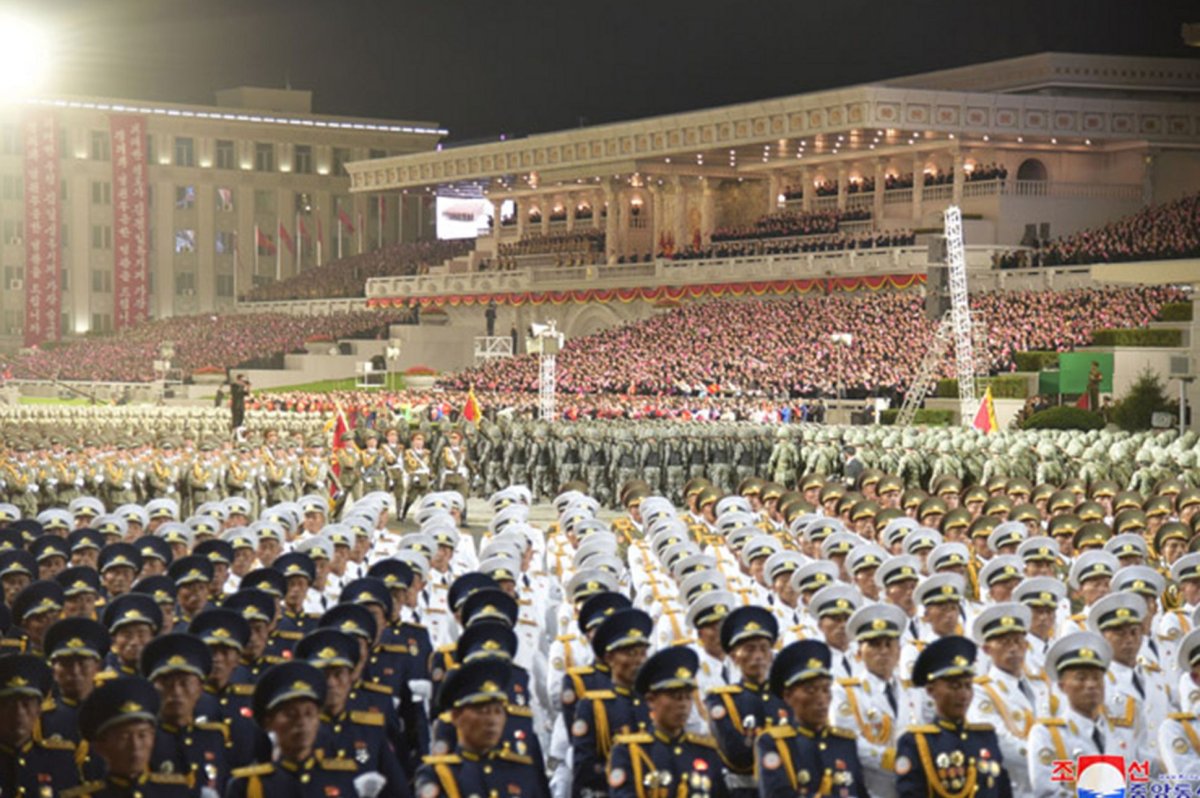 Jan. 14 (UPI) — North Korea appeared to have staged a Thursday evening military parade after the regime’s Eighth Party Congress, during which Kim Jong Un was endorsed as the Workers’ Party’s general secretary.

Earlier on Thursday, South Korean military sources said North Korean activity was being “watched closely” and monitored for a parade that may have been in rehearsal earlier this month, according to satellite imagery.

During the Party Congress, Kim vowed to strengthen his regime’s nuclear arsenal and build new weapons, including a nuclear-powered submarine. Kim Yo Jong, who was not included on a list of Politburo members released this week, chided the South and called officials in Seoul “idiots” for monitoring the North’s preparations.

“We are only holding a military parade in the capital city, not military exercises targeting anybody nor launch of anything. Why do they take trouble craning their neck to follow what’s happening in the north,” Kim said, according to KCNA on Wednesday.

North Korea also held a nighttime or predawn military parade in October, during the 75th anniversary of the Workers’ Party. The regime displayed at the time what appeared to be a new intercontinental ballistic missile, a new SLBM, and dozens of conventional weapons that could target the South.

South Korea has continued to call for a return to talks, but Seoul has also increased defense spending to counter potential threats.

After the Party Congress, Kim attended a mass art performance that included gymnastics and orchestral music, according to North Korea’s KCNA on Thursday.

What does friluftsliv mean in Norway