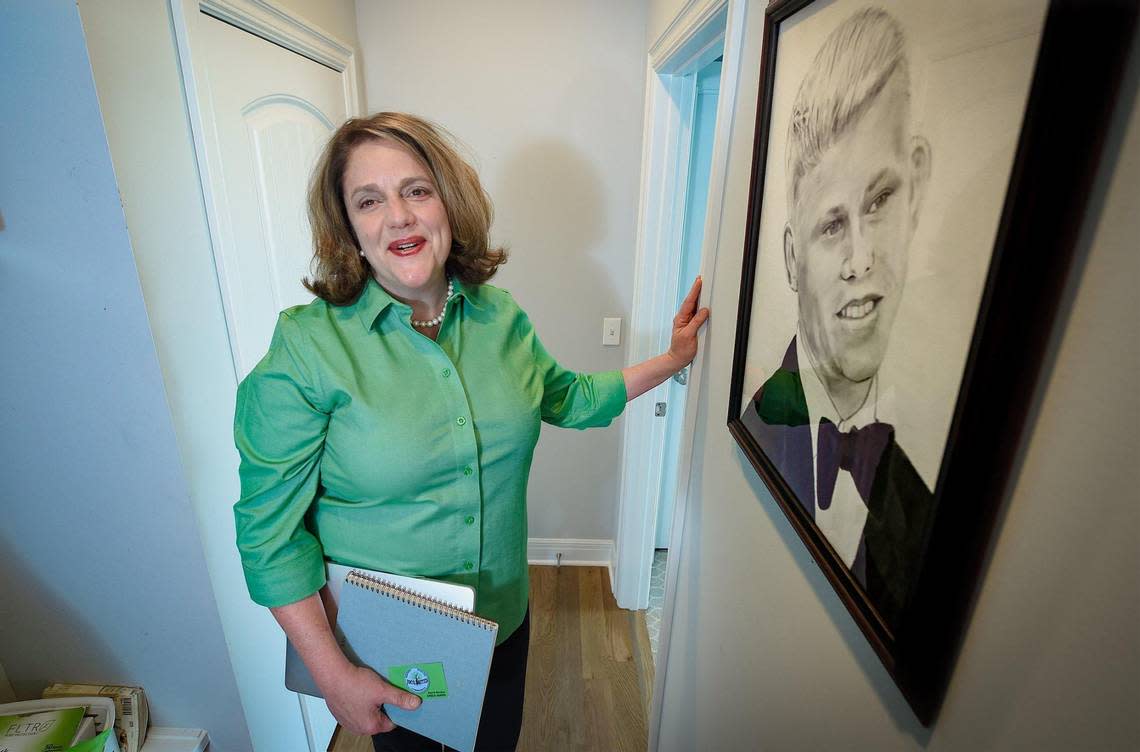 A previously undisclosed crime laboratory report shows each of the bullets an Overland Park Police officer fired at a teenager, killing him three years ago, entered through the side of the minivan he was backing out of his family’s driveway.

The lab finding provides a significant detail regarding a shooting that has for years been highly scrutinized by the family of 17-year-old John Albers, police accountability experts and others in the Kansas City area. It answers some questions about Officer Clayton Jenison’s positioning and whether he was in the vehicle’s path when he decided to shoot.

The lab report is dated March 7, 2018 — three weeks after the Johnson County District Attorney Steve Howe announced no charges would be filed against Jenison.

John Albers was killed in January 2018 when police responded to the house on a welfare call. He was believed to be suicidal.

Sheila Albers also questioned why her son was listed as the suspect and Jenison as the victim.

“From the moment John was killed, the investigation wasn’t about uncovering the truth,” she said. “The fact that John was treated as a suspect in that report and Jenison as victim is just so disgusting.”

Last month, the City of Overland Park released a 498-page report detailing some aspects of the investigation. That release, which came as the result of a public records lawsuit by The Star, included dashcam videos, recorded interviews with the responding police officers — including Jenison — photographs of the crime scene and a written report compiled by the multi-agency investigative team tasked with reviewing the case.

The Officer-Involved Shooting Investigation Team, or OISIT, was assembled to provide an independent review. It was made up of sworn officers from several area law enforcement agencies from Olathe, Leawood, Merriam, Prairie Village, Mission and the Johnson County Sheriff’s Office.

The City of Overland Park ultimately decided to release the OISIT report after three years, saying the ongoing discussion around the case has resulted in the spread of misinformation and “a serious erosion of public trust.” Accompanying the report’s release was a statement from the city in which the OISIT report was described as “a complete and thorough investigation.”

But the undisclosed laboratory results, obtained by The Star from Sheila Albers, who received them through an open records request, were not included in that case file.

It remained unclear Friday why those findings were not disclosed earlier.

Sean Reilly, a spokesman for the city, confirmed in an email Friday that the document was not included in the initial OISIT report. He directed all questions to the Johnson County District Attorney’s Office, noting the Overland Park Police Department had no hand in the investigation.

“Any questions about the OISIT report or associated investigative documents created by other law enforcement agencies as part of the investigation should be directed to the DA’s Office,” Reilly said.

“The Overland Park Police Department did not investigate this matter. Any questions about why or why not a document or report was not included in the OISIT, would be a question for the OISIT Team,” Lacy said in an email Friday.

Howe and the office’s chief deputy were out of the office and unavailable to speak with The Star on Friday, Kristi Bergeron, a spokeswoman for the District Attorney’s Office said in an email. A detailed list of questions was also unanswered as of Friday afternoon.

Officers were called to the family’s home on Jan. 28, 2018, to check on the teen. Jenison was standing in the teen’s driveway when the garage door opened and Albers began backing out.

Jenison can be heard yelling “Stop!” before side-stepping to his right and firing two rounds at the van in quick succession. The van stops briefly before wildly accelerating in reverse, spinning 180 degrees at the end of the driveway as Jension moves to its opposite side and resumes firing.

The van then rolls forward slowly across the street into a front yard before coming to rest. Jenison approached Albers to perform life-saving measures, but another officer told him to “get back.” Jenison was then escorted to a police vehicle.

In all, Jenison fired 13 times. Albers was struck six times, with most of the bullets hitting the back of his body, including his head.

Following the shooting, Jenison appears highly distressed. He can be heard sobbing and repeating that he directed Albers to stop.

In the years that followed, information about the shooting has slowly trickled out following public records requests that have sometimes resulted in court battles.

Area TV news station Channel 41 sued the City of Overland Park earlier this year seeking the full investigative case file. The Star also sued, seeking a severance agreement that was offered to Jenison under which he was allowed to quietly resign and collect $70,000.

He left the department in March 2018.