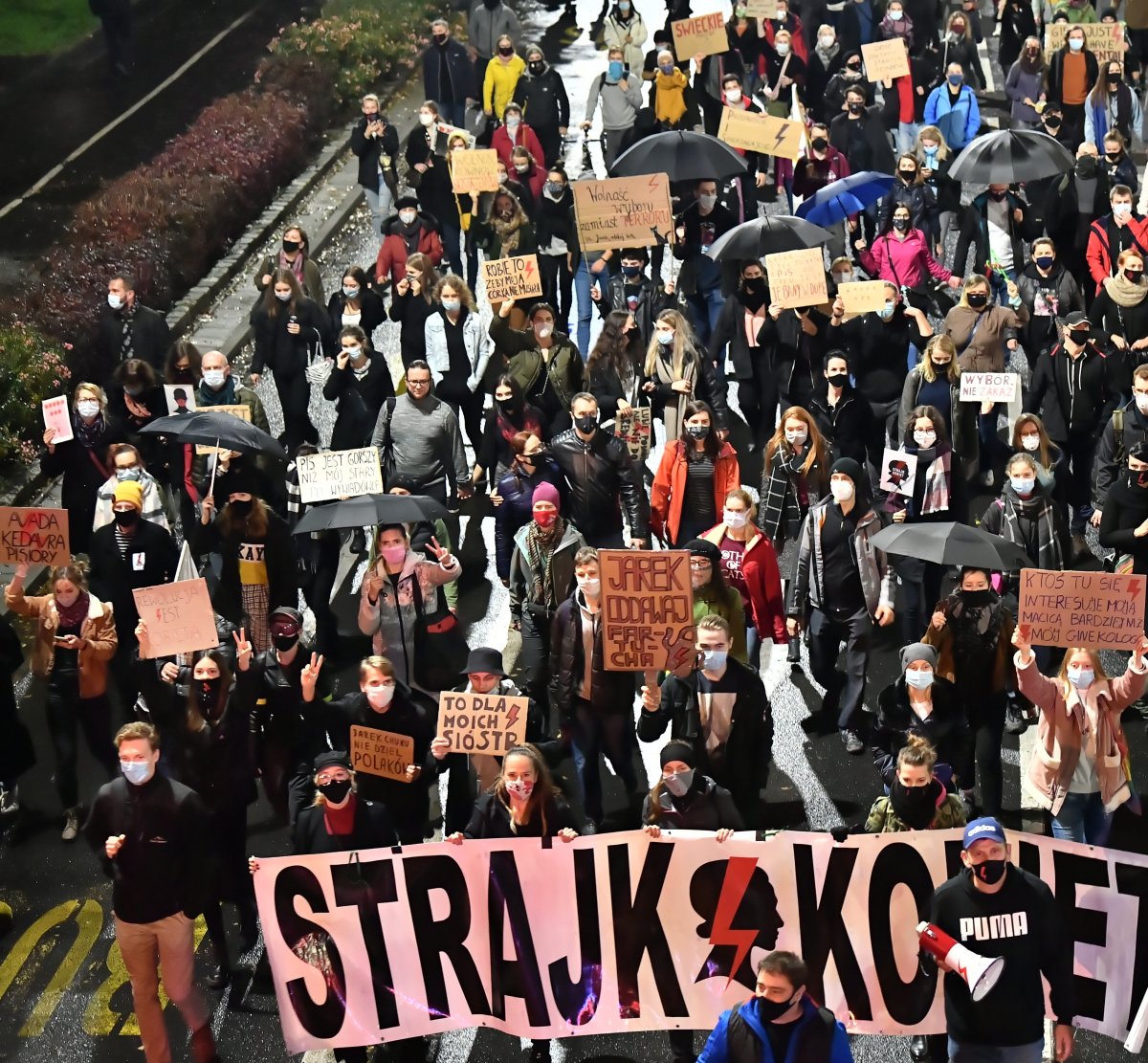 Nov. 3 (UPI) — Poland’s conservative government on Tuesday announced it had delayed implementing a controversial court ruling to ban nearly all abortions in the European country amid mass protests nationwide against the decision.

Michal Dworczyk, who heads the office of Prime Minister Mateusz Morawiecki, told reporters that the rule hasn’t been implemented as the country needs time to consider the new measure.

“There is a discussion going on, and it would be good to take some time for dialogue and for finding a new position in this situation, which is difficult and stirs high emotions,” he said.

The Oct. 22 decision by the constitutional tribunal found abortions due to fetal defects unconstitutional — a ruling that makes nearly every instance when the medical procedure is performed illegal.

Abortions are still permissible if the mother’s life or health is in jeopardy or the fetus is the result of rape or incest.

However, the decision has not been published and did not take effect following its Monday deadline as Poles protested in nearly every city against the decision, but also against the government and its supporters in the Roman Catholic Church, Poland’s TVN24 reported.

Tens of thousands of women in outrage have taken to the streets in protest against the court’s decision, culminating in more than 100,000 people marching through the capital Warsaw on Friday for what is believed to be the largest demonstration in Poland since the fall of the Soviet Union.

On Monday, the prime minister appealed to protesters for talks in a video posted on Facebook, stating the demonstrations are putting people at risk of the coronavirus pandemic.

“I’m asking for us to sit down and talk,” he said. “Let’s take our disputes off the streets so they don’t lead to further infections.”

Amnesty International chastised the court’s ruling after it was passed as a violation of Poland’s obligations to international human rights treaties, describing it as a continuation of a “coordinate systematic wave of attacks on women’s human rights by Polish lawmakers.”

“Legal prohibitions on abortion do not prevent abortion or reduce the rates of abortion; they serve only to damage women’s health by pushing abortions underground or forcing women to travel to foreign countries to access abortion care they need and to which they have a right,” Leah Hoctor, regional director for Amnesty International’s Center for Reproductive Rights in Europe, said in a statement.

On Tuesday, Poland’s Federation for Women and Family said that as long as the judgment is not published in the Journal of Laws it will not go into force.

“Thanks to this, patients can still terminate a pregnancy safely, legally and for free from embryo-pathological reasons in Polish hospitals,” it said on Twitter.

The organization also said that it known of 61 abortions that have been performed since the ruling was announced, which on a yearly scale would trump the country’s 2019 record of 1,100 abortions.

Poland’s President Andrzej Duba, who is an ally of the prime minister’s Law and Justice Party, which is known locally as PiS, has also proposed a new law that would loosen the restrictions on abortion to reinstate the right for lethal fetal abnormalities in an effort to simmer protests.

Why SpaceX is launching astronauts for Nasa