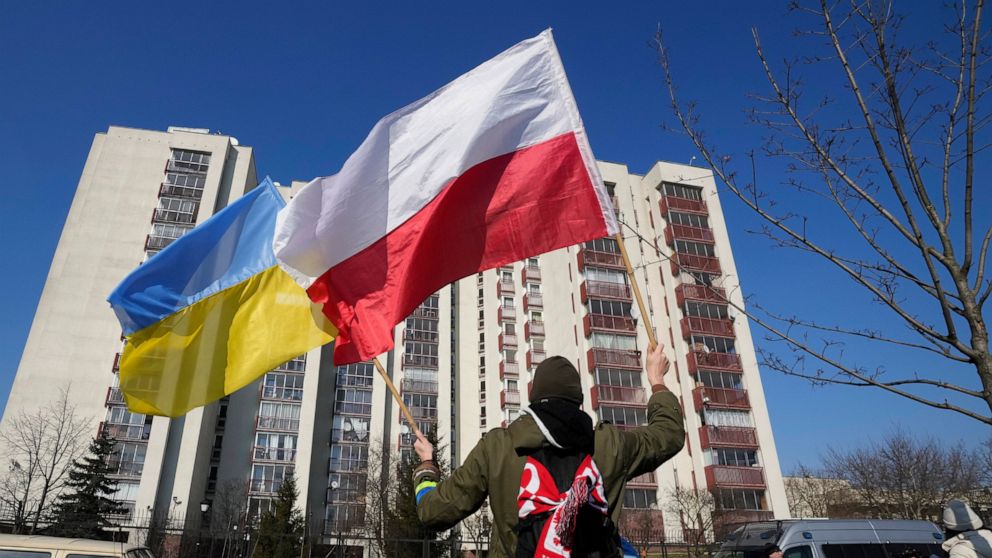 WARSAW, Poland — Poland has identified 45 Russian intelligence officers using diplomatic status as cover to stay in the country and authorities are seeking to expel them, officials said Wednesday.

Poland’s Internal Security Agency says it’s asking the Foreign Ministry to urgently remove the Russians, who were described as a danger to Poland’s security, from the country.

“These are people who have and operate using their diplomatic status, but in reality conduct intelligence activities against Poland,” said Stanislaw Zaryn, the state security spokesman.

He said the decision to expel them now was made “taking into account Russian aggression against Ukraine.”

He said the agency’s work also showed that the Russian services are increasingly on the offensive and “are acting aggressively against Poland.”

Zaryn said in a separate statement that the security agency found that the activities of the 45 Russians have served “the objectives of the Russian undertakings designed to undermine the stability of Poland and its allies in the international arena and poses a threat to the interests and security of our country.”

The Polish government spokesman said Russia’s ambassador to Poland was summoned to the Foreign Ministry.

The Polish state security service also said that it detained a Polish citizen on suspicion of espionage for the Russian secret services. The suspect, who was detained on March 17, worked in Warsaw’s registry office and had access to city archives.

“Given the nature of documents kept by those units, the activity of the suspect posed a threat to both internal and external security of Poland,” the agency said in a statement.