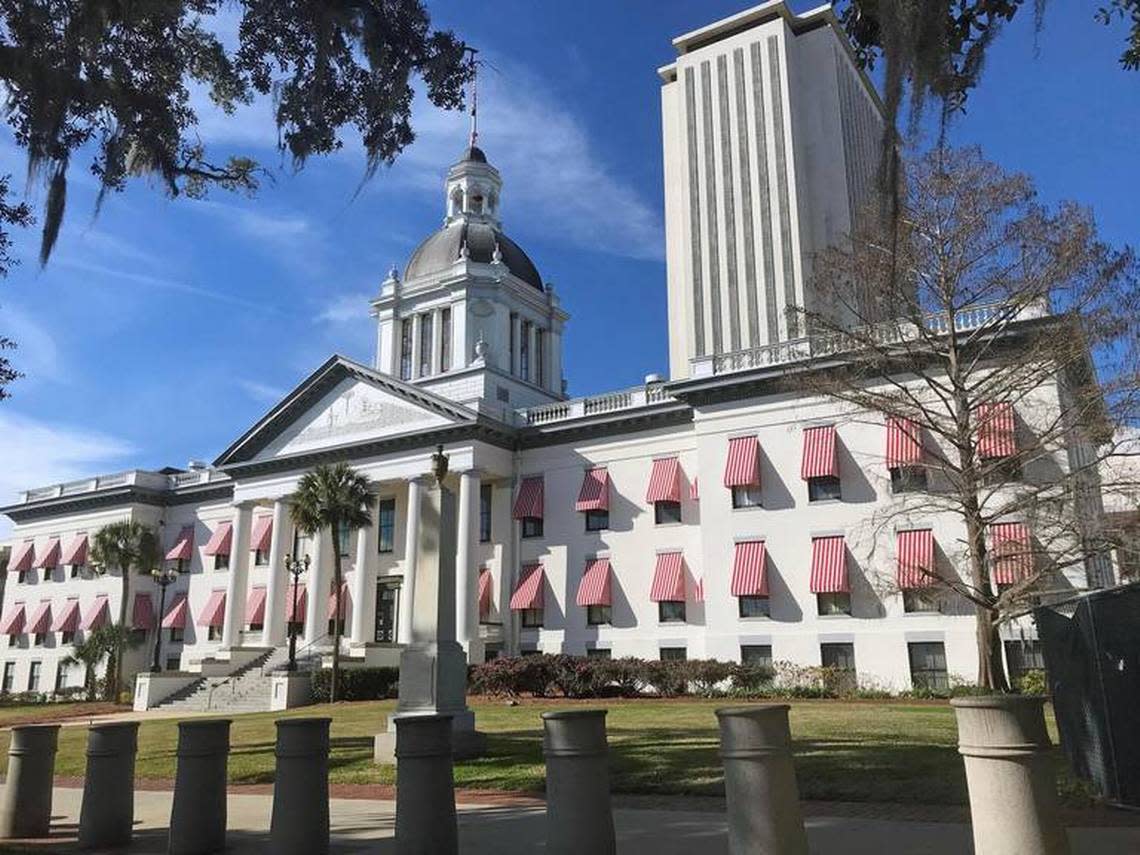 Florida State University law professor Dan Markel was killed outside his Tallahassee home in a murder-for-hire plot in 2014, amid a bitter child-custody dispute with his ex-wife Wendi Adelson.

As Ruth and Phil Markel continue to grieve the death of their son, their loss has continued to grow.

It’s been five years since the Markels have seen their grandsons Benjamin and Lincoln, after Adelson stopped allowing the boys to have contact with their “bubbe” and “zayde.”

Despite their pleas, the Markels almost certainly won’t be reunited with their grandchildren unless the Florida Legislature intervenes.

But it will be at least another year before lawmakers step in to help, if they even can.

Parts of the Florida Constitution and the U.S. Constitution establishing privacy rights prevent the Markels from having access to their son’s children and make it difficult for lawmakers to come up with a solution, the Senate Children, Families, and Elder Affairs Committee heard during a workshop on Tuesday.

Dan Markel’s death drew international headlines, after investigators revealed a murder-for-hire scheme they alleged implicated his ex-wife’s family members. The family says it had nothing to do with Markel’s murder, and family members have not been charged with any crimes.

Wendi Adelson “cut off contact” between the boys and the Markels five years ago, Ruth Markel told the Senate committee in a video played Tuesday.

“This year has shown all of us what it feels like to be isolated from family, but as the world becomes safer from COVID, still too many of us face alienation of a different form. There’s no vaccine to protect grandparents in circumstances like the one my family has faced,” she said. “We miss our grandchildren terribly and grieve their loss of our support and visitation and affection.”

Under Florida law, grandparents are allowed to petition courts for visitation with grandchildren under very narrow circumstances.

A grandparent of a minor child whose parents are “deceased, missing, or in a persistent vegetative state” can ask a judge to grant visitation if the other parent has been convicted of a felony or an “offense of violence evincing behavior that poses a substantial threat of harm to the minor child’s health or welfare.”

Legislators have attempted to enshrine broader rights for grandparents in state law, but courts have repeatedly ruled that such efforts are an infringement of parents’ constitutional right to privacy.

“The Family Law section has been faced with this issue for what feels like decades,” West Palm Beach attorney Abigail Beebe, representing The Florida Bar’s Family Law Section, told the Senate committee.

The proposal would have expanded circumstances under which grandparents could seek visitation.

Under the measure, grandparents would have been allowed to petition the court for visitation with minor children if a parent “has been identified by the state attorney as a person of interest or an unindicted co-conspirator in an open homicide investigation” or if the parent has “willingly allowed the minor child to be supervised” by an unindicted co-conspirator or person of interest in an open homicide investigation.

But Beebe said Tuesday that, while she empathized with the Markel family’s situation, crafting a state law to address their issue would be problematic.

Judges use a standard of what’s in a child’s best interest when considering time-sharing agreements between divorcing parents. But the Florida Supreme Court struck down a state law that said courts should use a similar standard when considering grandparents’ petitions for visitation.

The state Supreme Court also has held unconstitutional laws granting grandparents visitation when either of the child’s parents prohibit relationships between grandparents and the children, because the state “may not intrude upon the parents’ fundamental right to raise their children except in cases where the child is threatened with harm.”

“The problem is that, even if the Legislature acts, are they recompiling the law that’s already been deemed unconstitutional?” Beebe said in an interview Tuesday with The News Service of Florida. “It’s not that we don’t all agree that in the Markel case it (visitation) would be amazing or appropriate. It’s that you can’t draft law to apply to that because it would be applied across the board.”

Also, any measure addressing grandparents’ rights would have to be expanded to include other family members such as uncles and aunts, to satisfy constitutional equal-protection guarantees, Beebe said.

But Sen. Gayle Harrell, a Stuart Republican who has worked on grandparents’ rights legislation in previous years, pressed Beebe on what lawmakers could do to help the Markels.

“Is there any way to allow grandparents to at least express to a judge the need for their grandchildren to be part of their lives?” Harrell asked.

“I think it would be very difficult,” Beebe said.

A potential state law expanding grandparents’ rights might be upheld as constitutional if it requires a court to consider a detriment to the child, such as abuse, abandonment or neglect, she said.

‘I hear the cries of grandparents’

Sen. Darryl Rouson, who also worked on a 2015 law dealing with grandparents’ rights, said grandparents are a crucial part of children’s lives.

“I hear the cries of grandparents all across this state,” Rouson, D-St. Petersburg, said. “A grandparent is a way of connecting the dots of history of family love, of family legacy. … I’m just overwhelmed that the need is still there, still exists, these factual patterns still happen and children are not being allowed to see and visit meaningfully with their grandparents.”

Book, D-Plantation, indicated lawmakers might reconsider the issue next year.

“We wanted to look at it again and work on something in the off time so we can bring something back that we believe will be able to connect those dots, not just for the grandparents, but for those children who desperately need them,” she said.

Police arrested three people in Markel’s death. Gunman Sigfredo Garcia was convicted of murder and sentenced to life in prison. Luis Rivera, the accused driver in the crime, cooperated with investigators and was sentenced to nearly two decades in prison.

Katherine Magbanua, who has two children fathered by Garcia, was in a relationship with Adelson’s brother, Charlie, at the time of Markel’s killing, according to court records. Investigators accused Magbanua of being a go-between in the murder plot. She was charged with murder and other crimes involving Markel’s death, but she remains in jail following a 2019 mistrial in her case.