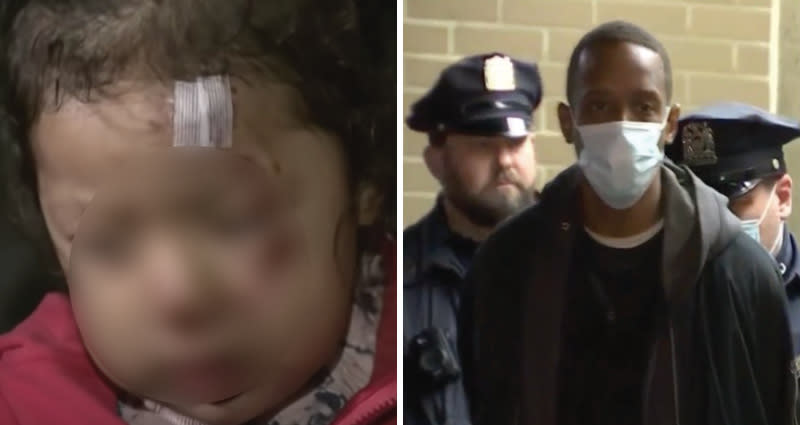 A man was charged on Saturday for flipping a toddler’s stroller into the street in East Flushing, New York, leaving the 2-year-old with cuts and bruises to her face.

The unprovoked attack occurred on Friday around 6:20 a.m. after Christopher Elder, 31, began shouting at the child’s grandmother, Maria Zamora, while she was taking out the trash in east Flushing. According to a criminal complaint, Elder then allegedly grabbed the stroller that Sophia was sitting in and began to shake it, kicking it into the street shortly after.

The 2-year-old hit the ground after being kicked and suffered cuts to the head, requiring five stitches at the Flushing Hospital Medical Center.

Her uncle, Juan Loja, told the New York Post that the toddler is “very scared” and “didn’t want to come home yesterday.” He also said that she tells him, “Someone hit me. Someone kicked me.”

This incident is the second time that Elder has purportedly attacked a child in four months. On Dec. 11, he allegedly attacked a mother and her 9-year-old daughter in Flushing with punches to the head.

“He hit me mostly in the back of my head, my back,” the mother, who wished to remain anonymous, told NBC New York. “He ended up hitting my daughter too, in the face, on the forehead. ” Afterwards, when he was done hitting us on the floor, I was just so upset that nobody helped, nobody stopped him, and I’m even more mad that he did it again.”

Elder has been arrested eight times in total for multiple violent crimes. He previously stabbed a friend in August 2020 and was also accused of smashing a glass bottle on a 30-year-old man’s head in Queens.

Elder was charged on Saturday and sent to jail without bail. He is due in court March 28 on charges of assault, endangering the welfare of a child and harassment.