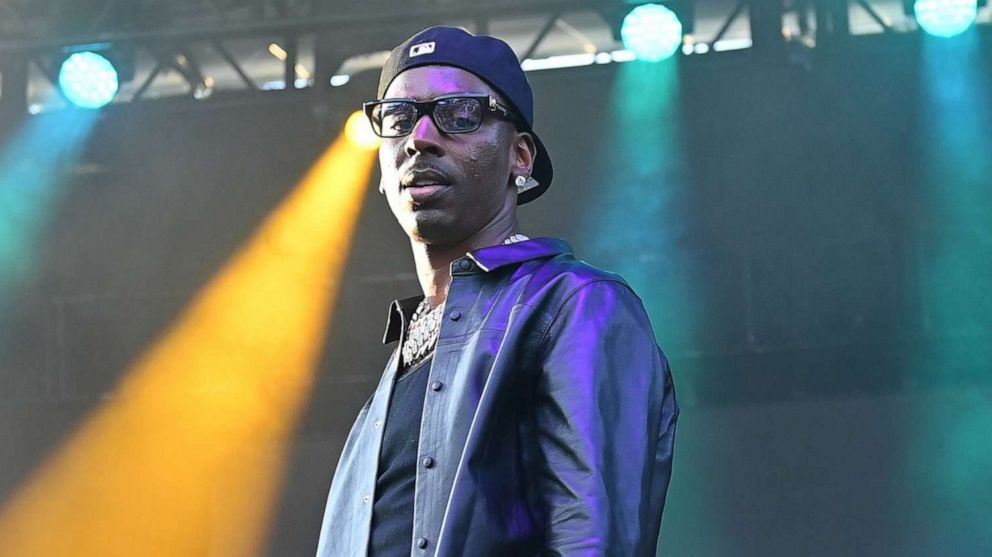 The rapper was visiting a cookie shop in his hometown when the shooting occured.

Rapper Young Dolph, whose given name is Adolph Robert Thornton Jr., was shot and killed in Memphis, Tennessee, on Wednesday afternoon. He was 36.

“The preliminary information indicates that the victim is Adolph Robert Thornton Jr. However, this information will be confirmed once the identification process has been completed,” the Memphis Police Department tweeted Wednesday afternoon.

According to police, officers responded at at 12:24 p.m. local time to the scene of a shooting at 2370 Airways — the address of Makeda’s Homemade Butter Cookies in South Memphis — where one male victim was found and pronounced dead at the scene.

A spokesman for the Memphis Police Department told ABC News that this is an ongoing investigation and no arrests have been made.

ABC News has reached out to the rapper’s label, Paper Route EMPIRE, but requests for comment were not immediately returned.

In a video posted to the cookie shop’s Instagram account last week, Young Dolph said that he visits Makedas each time he is in his hometown and is seen with chocolate chip cookies that he said are “straight out the oven.”

“He was a fan of ours,” Pamela Hill, whose family owns Makedas, told ABC News on Wednesday. “He loved chocolate chip cookies and ice cream was his favorite thing that he got every time and he always called me mom.”

Upon hearing the news, tributes poured in from the rapper’s friends and collaborators in the music world, expressing their sadness and shock.

“R. I.P. to my friend Dolph this broke my heart,” Gucci Mane tweeted.

“I appreciate you and gone miss ya Dolph,” 2 Chainz tweeted.

Megan Thee Stallion, who was featured on the rapper’s song “RNB (Visualizer)” tweeted that she is “sick” and in “disbelief” over the news of the rapper’s death.

Over the past decade, the rapper rose to prominence in the indie hip-hop scene by releasing a series of mixtapes and founded his independent record label Paper Route Empire in 2010.

Dolph was born in Chicago but grew up in Memphis and released his first studio album, “The King of Memphis,” in 2016.

He was injured in a previous shooting in Los Angeles in September 2017.

He had two children, son Tre Tre and daughter Ari, with longtime partner Mia Jaye. He mentioned both his kids by name in his 2020 single, “Sunshine.”