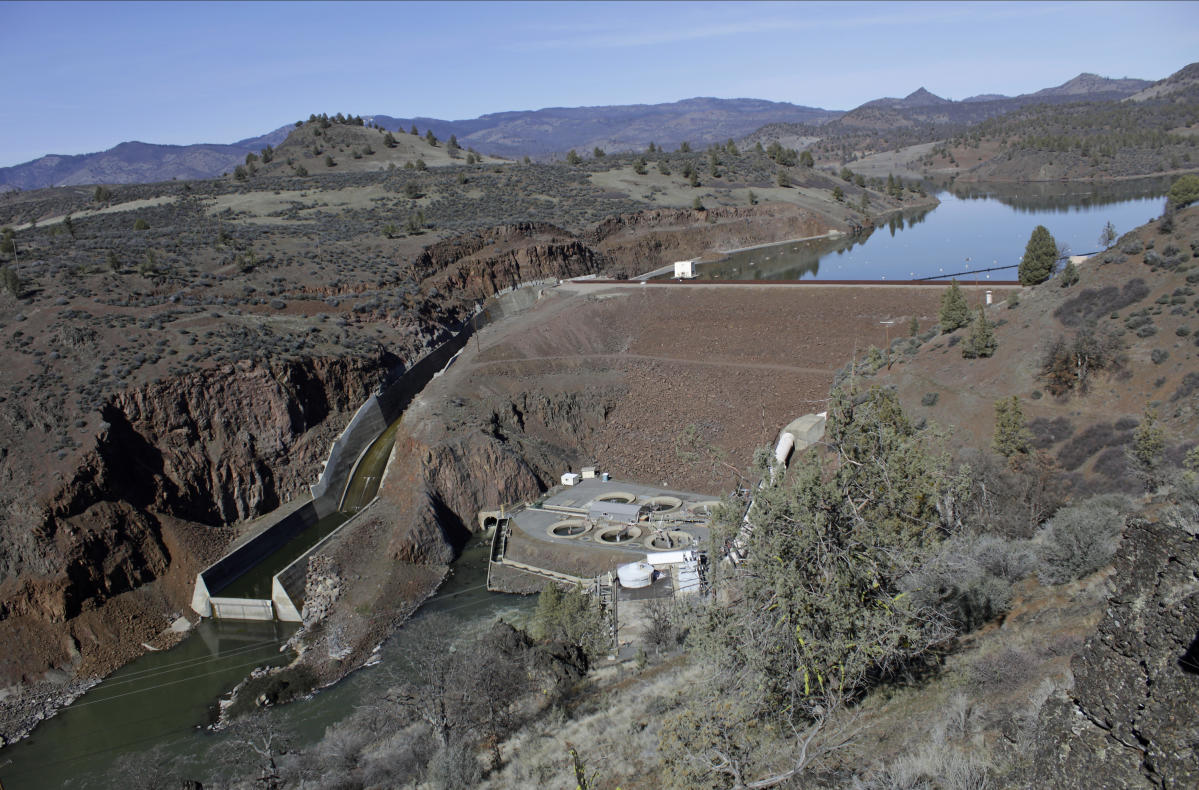 PORTLAND, Ore. (AP) — US regulators approved a major milestone Thursday in a plan to demolish four dams on a California river and open up hundreds of miles of salmon habitat that would be the largest dam removal and river restoration project in the world when it goes forward.

The Federal Energy Regulatory Commission vote on the lower Klamath River dams is the last major regulatory hurdle and the biggest milestone for a $500 million demolition proposal championed by Native American tribes and environmentalists for years.

The project would return the lower half of California’s second-largest river to a free-flowing state for the first time in more than a century.

Native tribes that rely on the Klamath River and its salmon for their way of life have been a driving force behind bringing the dams down.

Commissioners called the decision “momentous” and “historic” and spoke of the importance of taking the action during National Native American Heritage Month because of its importance to restoring salmon and reviving the river that is at the heart of the culture of several tribes in the region.

“Some people might ask in this time of great need for zero emissions, ‘Why are we removing the dams?’ First, we have to understand this doesn’t happen every day … a lot of these projects were licensed a number of years back when there wasn’t as much focus on environmental issues,” said FERC Chairman Richard Glick. “Some of these projects have a significant impact on the environment and a significant impact on fish.”

Glick added that, in the past, the commission did not consider the effect of energy projects on tribes but said that was a “very important element” of Thursday’s decision.

Members of the Yurok, Karuk and Hoopa Valley tribes and other supporters lit a bonfire and watched the vote on a remote Klamath River sandbar via a satellite uplink to symbolize their hopes for the river’s renewal.

“I understand that some of those tribes are watching this meeting today on the (river) bar and I raise a toast to you,” Commissioner Willie Phillips said.

Before the vote, Yurok vice chairman Frankie Myers said he was excited but nervous the decision would not go through after years of disappointments and multiple crises that almost killed the proposal.

“We’ve been doing this a long time and we’ve been let down so much over the last two decades,” he said. “If there’s still salmon in the water, they have a chance and we have a chance. …They will come down. They have to come down. Our existence depends on it.”

Oregon, California and the Klamath River Renewal Corporation — the entity formed to oversee the demolition and environmental mitigation — must sign off on the license surrender and address any additional requirements and then work can begin.

The smallest dam, Copco 2, could come down as early as this summer. The remaining dams will be drained down very slowly starting in early 2024 with the goal of returning the river to its natural state by the end of that year.

Plans to remove the dams have not been without controversy.

Homeowners on Copco Lake, a large reservoir, vigorously oppose the demolition plan and rate payers in the rural counties around the dams worry about taxpayers shouldering the cost of any overruns or liability problems. Critics also believe dam removal won’t be enough to save the salmon because of changing ocean conditions the fish encounter before the return to their natal river.

“The whole question is, will this add to the increased production of salmon? It has everything to do with what’s going on in the ocean (and) we think this will turn out to be a futile effort,” said Richard Marshall, head of the Siskiyou County Water Users Association. “Nobody’s ever tried to take care of the problem by taking care of the existing situation without just removing the dams.”