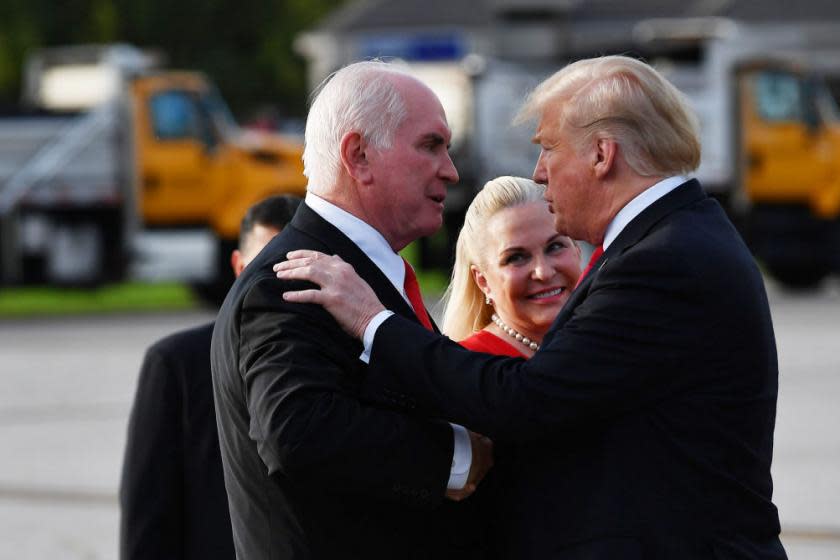 Iran expert: Biden would be ‘crazy’ not to use ‘leverage’ generated by Trump in nuclear negotiations

President-elect Joe Biden has vowed to “make an unshakeable commitment to prevent Iran from acquiring a nuclear weapon,” and U.S. officials expect he’ll be focused on easing tensions between Tehran and Washington once he’s in the Oval Office next year, NBC News reports. But some experts think he should hold out for a bit before simply rolling back sanctions and rejoining the 2015 nuclear deal that President Trump exited in 2018, prompting Iran’s decision to begin enriching its uranium again.”From my point of view it would be crazy to rejoin the deal without getting something more out of it,” David Albright, an expert on Iran’s nuclear program at the Institute for Science and International Security, told NBC News. “Whatever you think of Trump — and I didn’t like that he left the deal — he generated a tremendous amount of leverage on Iran, and not to use that just seems crazy. In that sense it’s a gift to Biden.”Biden is facing a ticking clock, however, given that Iran will be holding its elections in June 2021. President Hassan Rouhani, who is considered a moderate, was willing to back the 2015 agreement with the Obama administration, but his two-term limit is up, and there’s no guarantee his successor will want to cut any sort of deal, NBC News notes. So, even if Biden were to adopt a more gradual approach and play hard ball, he’d likely have to do so within the first few months of his presidency. Read more at NBC News.More stories from theweek.com Biden reportedly could sacrifice unemployment benefit boost to secure relief bill 5 brutally funny cartoons about Trump’s election denial Republicans launch Pennsylvania lawsuit that argues GOP-backed bill allowing universal mail voting is unconstitutional