Home World Retail sales in May fall 0.3% amid surging inflation 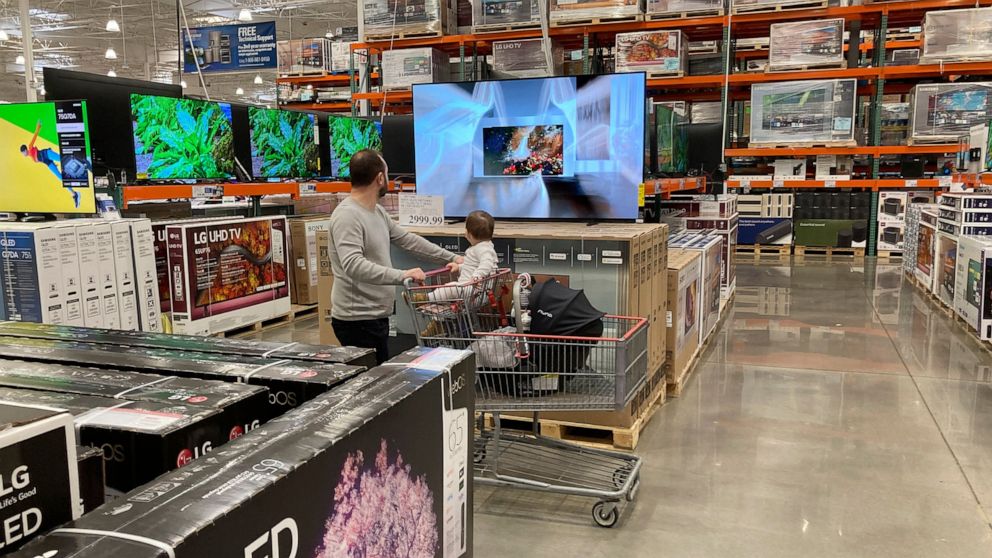 NEW YORK — Americans trimmed their spending unexpectedly in May compared with a month before, underscoring how surging inflation on daily necessities like gas is causing them to be more cautious about buying discretionary items.

The report also highlighted shoppers’ pullback on some of the products that were in hot demand during the height of the pandemic but are now falling out of favor. Sales fell roughly 1% for furniture and home furnishings stores and electronic and appliances. Building and garden supply store sales, as well as general merchandise store sales, are showing signs of a slowdown.

Sales online fell 1%, as shoppers go back to physical stores. Meanwhile, sales at food stores rose 1.2% due to higher prices, not increased consumption. Business at restaurants was up 0.7%.

The snapshot comes as Americans have been providing critical support to the economy even after a year of seeing prices spiral higher for gas, food, rent, and other necessities. And signs of recession risks are rising. Inflation is at a 40-year high. Stock prices are sinking. The economy actually shrank in the first three months of this year. And the Federal Reserve is making borrowing much costlier.

Among the biggest worries is surging inflation, which has become more widespread and more persistent than expected. Consumer prices rose 8.6% last month from a year earlier, the biggest annual 12-month jump since 1981. Helping to fuel the surge were much higher prices for everything from airline tickets to restaurant meals to new and used cars.

Meanwhile, the national average price at the pump reached $5.01 per gallon on Tuesday, up from $4.45 a month ago, and surging more than 60% in one year.

On Wednesday, the Fed is set to raise its benchmark interest rate, which affects many consumer and business loans, by as much as three-quarters of a percentage point. That would be the Fed’s largest rate hike since 1994, and it could herald the start of a period of especially aggressive credit tightening by the central bank — and with it, a higher risk of recession.

Sal Guatieri, senior economist at BMO Capital Markets Economics, said the weak retail sales report likely won’t influence the Fed, as it will need to see a “sustained period of weakness in domestic demand and likely labor markets before breathing a sigh of relief on the inflation front.”

Last month, major retailers from Walmart to Target reported that surging costs took a bite out of their quarterly profits. They are grappling with a faster-than-expected shift away from couches and casual wear that were in hot demand during the height of the pandemic to more pre-pandemic routines. They’re also seeing shoppers become more focused on basics and trade down to cheaper products as they juggle higher daily costs. Target said earlier this month that it was canceling orders on items like sofas and marking down mounds of unwanted inventory while raising prices elsewhere to offset higher costs.

The retail report released Wednesday covers only about a third of overall consumer spending and doesn’t include services such as haircuts, hotel stays and plane tickets.