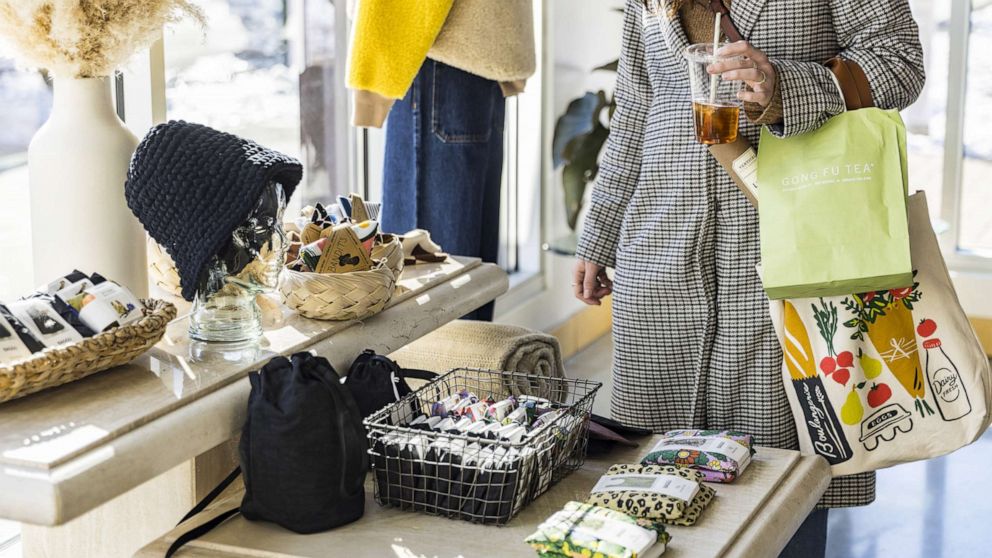 NEW YORK — Americans picked up the pace of spending in January as the threat of omicron faded and there was some easing of supply shortages.

Retail sales surged a seasonally adjusted 3.8% last month, whizzing past the projections of most economists. That compared to the prior month when sales slid 2.5% according to revised figures released Wednesday by the U.S. Commerce Department.

Surging inflation likely pumped up the numbers further in January.

Retail sales were up across the spectrum. Sales at general merchandise stores rose 3.6%, while department stores saw business up 9.2%. Sales at furniture and home furnishings stores rose 7.2%. Online sales surged 14.5%. However, restaurants saw a 0.9% decline from the month before likely as consumers refrained from going out to eat for fear of catching the virus.

Gasoline sales fell 1.3% last month, possibly a result of the cost and cases of omicron, which rose in tandem, according to Bankrate.com senior industry analyst Ted Rossman.

The omicron variant that emerged in late November caused widespread worker shortages with so many people calling out sick. Yet the wave of the most recent variant appears to have been short-lived and infections began to decline by mid-January as fast as they rose late last year. Cases have plunged from 436,000 a day two weeks ago to 136,000 Monday.

What is rising is inflation, reaching heights not seen in four decades to wipe out pay raises and potentially eliciting a more forceful response from Federal Reserve, which is expected to begin raising interest rates to cool the economy.

Yet volatility in retail sales data is emerging after the pandemic and related supply crunches drastically altered the behavior of Americans, particularly at the end of 2021. Major retailers companies urged people to shop early to avoid shortages and Americans did, in massive numbers.

After sales rose in October and November, there was a significant spending downturn in December, a month traditionally very big for retail.

By January, despite inflation in headlines everywhere, Americans appeared ready to renew spending.

Consumer prices soared 7.5% last month compared with January 2021, the steepest year-over-year increase since February 1982 as the U.S. economy raced out of pandemic-induced recession. Americans, many flush with cash and ready to spend, collided with a lack of supply as surging demand created global supply chain backups, pushing prices higher still.

The retail report released Wednesday covers only about a third of overall consumer spending and doesn’t include services such as haircuts, hotel stays and plane tickets.