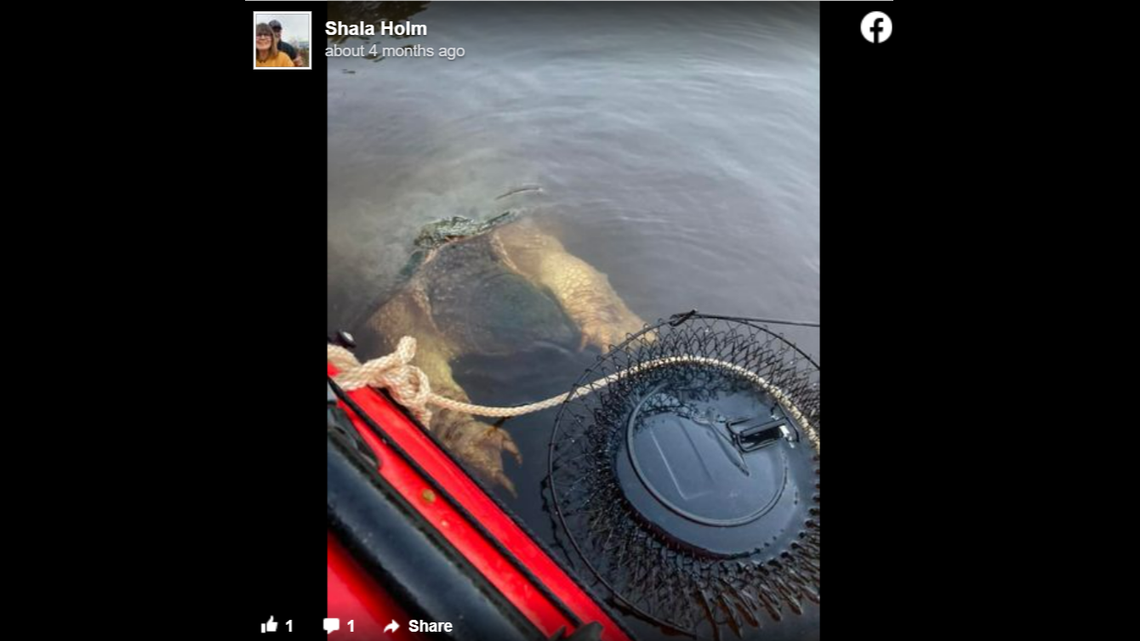 A Minnesota woman and her daughter were fishing from their kayak on the Mississippi River when a massive creature approached them, photos show.

Shala Holm and her daughter had caught some crappies and put the fish into a basket attached to their tandem pedal kayak, Holm told Bring Me The News on Wednesday, Nov. 9. They began to hear the sound of something breathing.

“And then all of a sudden we saw this nose in the water,” she told Bring Me The News.

A massive snapping turtle had swam up and grabbed their fishing basket, Holm wrote in a Facebook post.

“It took me a while to shake him off,” she wrote on July 21 when they first saw the turtle.

The next day, the pair returned to the area near Brainerd to try and get a photo of the turtle, Holm wrote in another post. “He didn’t disappoint us . This is what I saw when I was going to put another fish in the basket. I was quite startled!”

The massive river creature had thick legs with long clawed toes, photos show. Only part of its body was visible in the murky river water.

Niemeyer’s Rugged River Resort, where Holm and her family were staying when they spotted the turtle, shared a photo of it on Facebook on Nov. 7.

The DNR “estimate it to be at least 15 years (old) but (it) could be up to 30 years old,” Holm commented on the photo. The turtle’s exact age and size were “hard to tell” from the photos, she said.

Brainerd is about 130 miles northwest of Minneapolis.