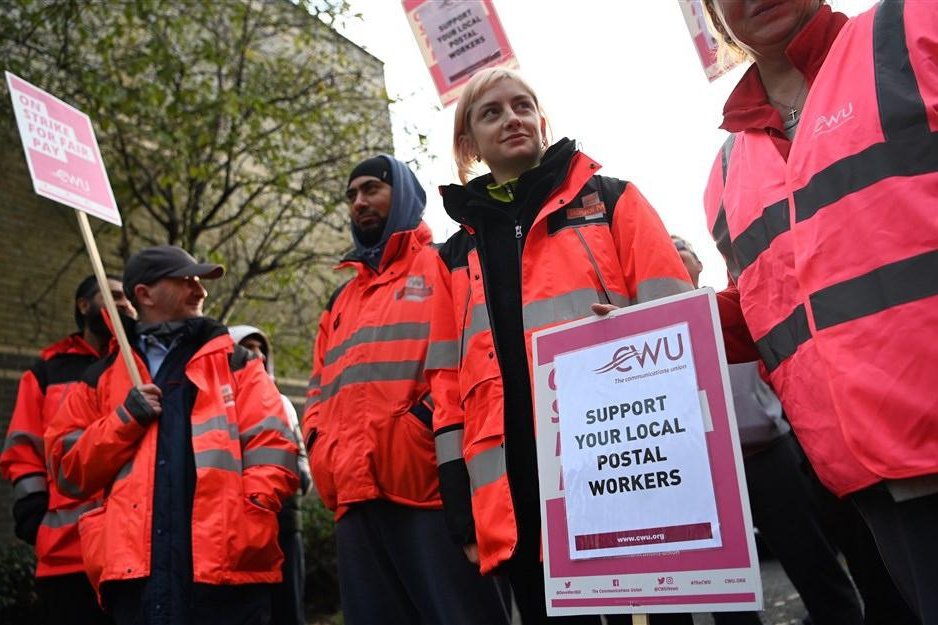 Nov. 25 (UPI) — Some 235,000 Royal Mail workers went on strike Thursday and Friday across Britain, disrupting Black Friday, one of the busiest days of the season.

The strike was the latest salvo in the long-running dispute between the Communication Workers Union and the Royal Mail that revolves around pay raises, working conditions changing some classifications into gig instead of full-time employees.

“We are disappointed that instead of reaching a compromise to avoid major disruption, Royal Mail has chosen to pursue such an aggressive strategy,” the union’s General Secretary Dave Ward said in a statement.

“We will not accept that 115,000 Royal Mail workers — the people who kept us connected during the pandemic and made millions in profit for bosses and shareholders — take such a devastating blow to their livelihoods.”

Royal Mail warned residents of delays and disruptions during the strike.

“Royal Mail has well-developed contingency plans, but we cannot fully replace the daily efforts of our frontline workforce,” Royal Mail said in its own statement. “We’ll be doing what we can to keep services running, but we’re sorry this planned strike action is likely to cause you some disruption.”

Strikes have increased around Britain as the country continues to go through a cost-of-living crisis and a recession. Wage increases have continued to fall behind rising prices.