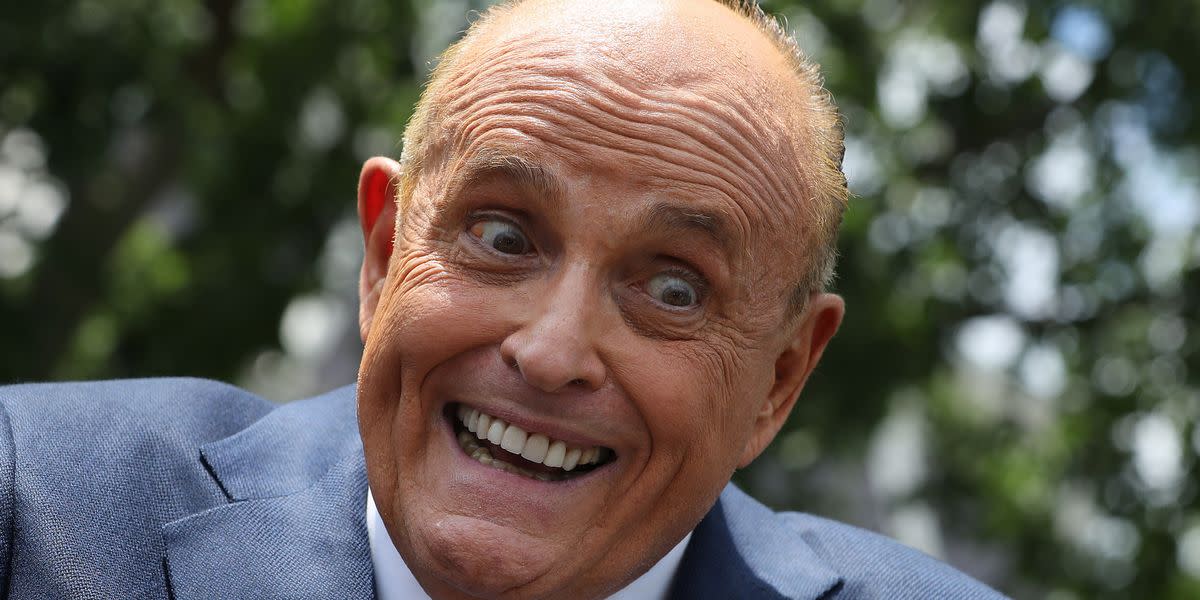 Rudy Giuliani, the former New York mayor and attorney for Donald Trump, declared on Tuesday night that he has a stash of secret evidence against former secretary of state Hillary Clinton.

And it’s in his bedroom.

In an interview on the right-wing Newsmax network, Giuliani said he possessed about 1,000 pieces of evidence that no one has seen yet.

“I happen to have it in my bedroom, or my den, actually,” he declared. “I’ve had it there for years.”

As the variousinvestigations into Trump rapidly escalate, the former president’s allies have been trying to change the topic to his old political rival. It’s not clear what unseen evidence Giuliani claims to have or why he has been hiding it for years. He has admitted to lying to the media as well as not vetting his evidence and just using stuff he’s found online.

Given the bedroom claim, however, people began making jokes about an infamous Giuliani moment in another bedroom, when he became an unwitting star in Sacha Baron Cohen’s film “Borat 2.”

Giuliani thought he was being interviewed in a hotel suite by a right-wing news personality. When it was over, he went into the bedroom, leaned back on the bed and stuck his hands down his pants. He later said he was tucking in his shirt.

So much evidence, always just about to be revealed. And the hoopleheads buy it every time.