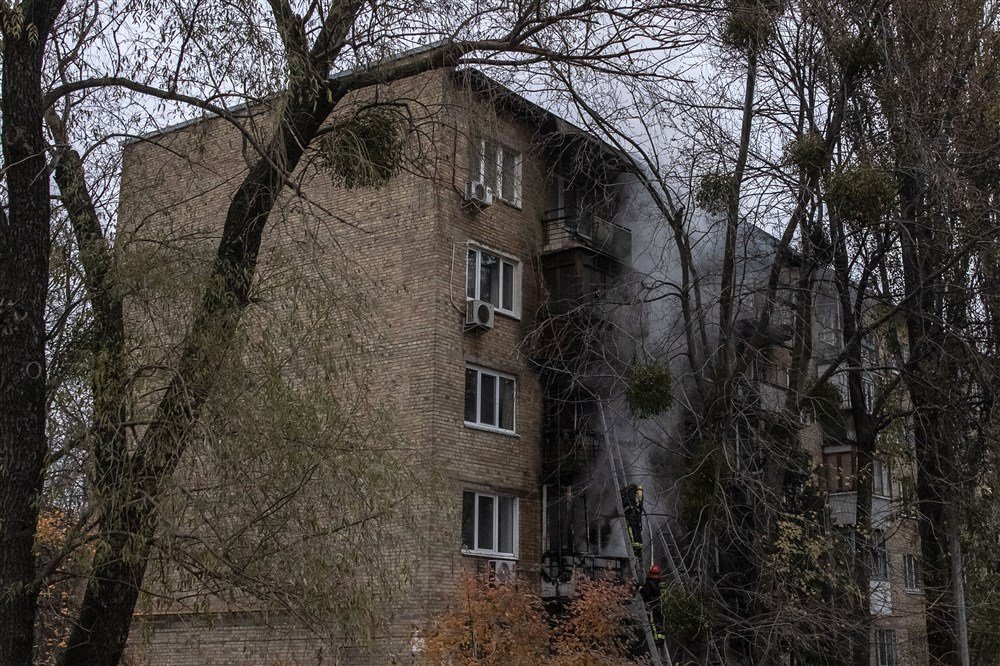 Nov. 15 (UPI) — Russia fired dozens of missiles in a countrywide strike against Ukraine on Tuesday. Residents of Kyiv sheltered in subways as air alarms blared across the capital.

Kyiv Mayor Vitali Klitschko wrote on Telegram that two residential buildings had been hit and that “several missiles were shot down by air defenses over Kyiv.” Ukraine released footage of apartment buildings damaged by the attack.

President Volodymyr Zelensky said 85 missiles were launched at Ukraine and 20 more were expected to strike.

“We are working, we will restore everything, we will survive,” he said in a video posted to Telegram on Tuesday.

The country of Moldova has reported massive outages after a power line leading to the nation was disconnected in the wake of the strikes in neighboring Ukraine. Moldova’s Deputy Prime Minster Andrei Spinu said the power line did not suffer any damage in the strikes but was “disconnected as a safety measure,” in a post on Telegram.

One day after visiting the city of Kherson, which was liberated last week after eight months under Russian occupation, Zelensky addressed the G20 meeting in Indonesia via video link.

“That is exactly what we are feeling now,” he said.

In his address, Zelensky outlined a 10-point “peace formula,” which includes provisions for the return of prisoners, the release of displaced civilians, the restoration of territorial integrity, and the protection of nuclear power facilities.

“It will save thousands of lives. It will restore the validity of International law. It will revitalize the security architecture. It will return the global stability without which the world is suffering,” Zelensky told the gathering of world leaders. “If Russia says it supposedly wants to end this war, let it prove it with actions,” he added.

“It is not lost on us that, as world leaders meet at the G-20 in Bali to discuss issues of significant importance to the lives and livelihoods of people around the world, Russia again threatens those lives and destroys Ukraine critical infrastructure,” said Sullivan.