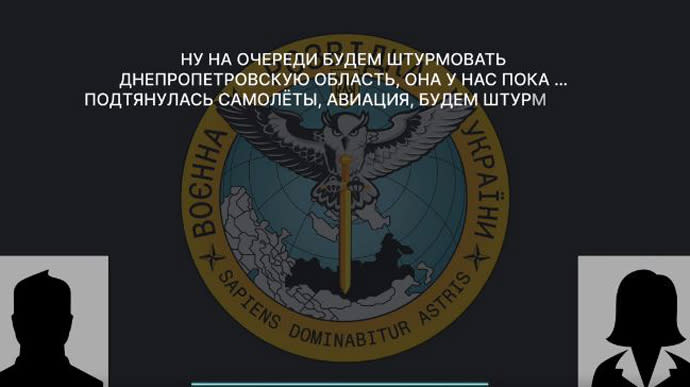 Alyona Mazurenko – Saturday, 30 April 2022, 20:12 In a new intercepted call, a Russian soldier tells his wife about Russian plans to storm the Dnipropetrovsk Region and admits to looting. Source: Chief Intelligence Directorate of the Ministry of Defence of Ukraine Details: Ukrainian intelligence reports that the name of the soldier whose call was intercepted is Ruslan and that he was mobilised from the territory of the so-called “Donetsk People’s Republic”; his unit is currently stationed in Zelenodolsk, Dnipropetrovsk Region. The soldier told his wife that in the near future there will be a new assault on the Dnipropetrovsk Region: “We will storm the Dnipropetrovsk Region. Aviation reinforcement has arrived.” According to the soldier, his earlier plan to return home after 3 months of the war will not happen as the current estimate for the end of his service is late August – early September. He also said that he and his fellow soldiers stole 7 solar panels. His wife, a kindergarten teacher, complained that she would no longer get paid as of the beginning of May. Although she said that she received food and household goods at work. Her husband assured her that soon everything would change because “We’ve lost a lot of guys. No one will keep quiet. I’ve seen so much. Our republics are too greedy. Everyone here shares this mood. This will not disappear without a trace when we all return home. What they did, how many guys they killed, how many they wounded.” His wife replied: “That’s why I don’t want a boy. These monsters would just take him away.” Ukrainian intelligence notes that for all their indignation neither the man nor his wife in any way denounce the real cause of their discontent – the war and the mass murder of civilians in Ukraine; if anything, they treat it as another “job to be done.”