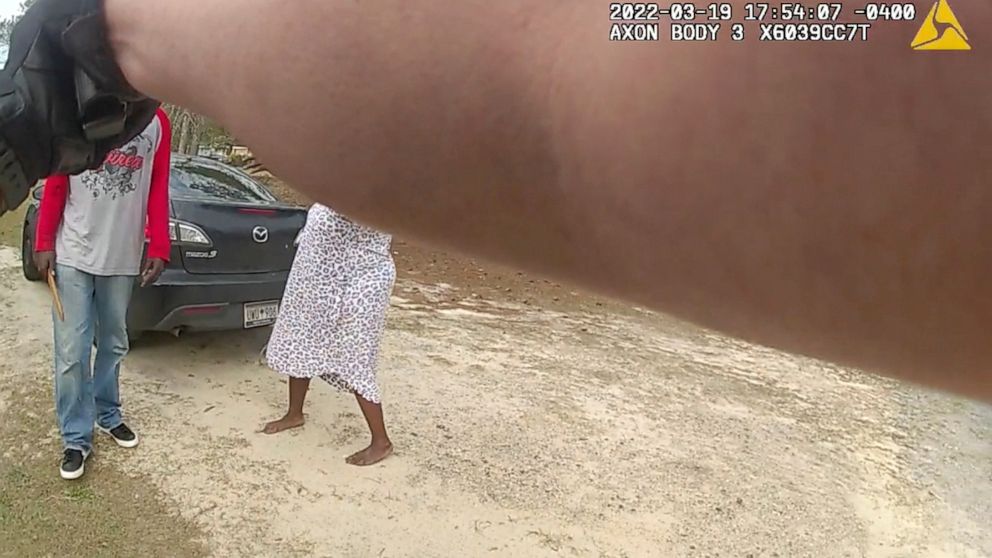 COLUMBIA, S.C. — A South Carolina sheriff is defending the fatal shooting of a Black man who advanced on officers with a wooden stake, saying deputies can’t be expected to sacrifice their lives in dangerous situations.

The remarks by Richland County Sheriff Leon Lott came Sunday amid an outcry over the Saturday shooting of Irvin D. Moorer Charley. The 34-year-old Moorer Charley was shot and killed in Columbia after deputies responded to a call about domestic violence.

“We can’t expect these deputies to go out here and be killed,” Lott told reporters. “They have to protect themselves. And that’s what this deputy did yesterday. He protected himself. He went home to his family last night. Unfortunately Mr. Charley didn’t. That’s a decision that he made.”

Critics say Moorer Charley was having a mental health crisis and that deputies were wrong to shoot him. But Lott told reporters Sunday that when Deputy John Anderson arrived at the family home, multiple people said Moorer Charley had injured them and said Moorer-Charley was inside with a knife.

Lott played a clip of body camera video where Anderson repeatedly yells at Moorer Charley to “Drop the weapon!” as Moorer Charley walks toward the deputy, who is slowly backpedaling.

Lott said that a second deputy, Zachary Hentz, later arrived, and that deputies unsuccessfully tried to use an electrical stun gun to subdue Moorer Charley.

“They did try to use the Taser,” Richland County Coroner Naida Rutherford said. “It did not not stick in the skin. And so it did not stop him as you would expect.”

“It was a very close encounter,” Lott said, saying Hentz kept shooting until Moorer Charley dropped to the ground, and that the last shot was from less than 3 feet (0.9 meters) away. He said deputies tried to resuscitate Moorer Charley until an ambulance arrived.

Lott said he would not release the entire video. However, he said he had played it for the coroner, would play it for the local prosecutor and the department’s citizen advisory board. He also said he was willing to play it for Moorer Charley’s family.

“It’s just not something everyone needs to see,” Lott said. “I think the people that need to see it are going to see it.”

Critics including the South Carolina Black Activist Coalition and Stand As One planned a separate news conference Sunday to protest the shooting, saying they don’t believe it was justified. Fifth Circuit Solicitor Byron Gipson will decide whether to charge the officers with a crime.

In response to criticism that officers overreacted to someone with mental health problems, Lott emphasized the call to 911 hadn’t labeled Moorer Charley as someone in a mental health crisis.

“It’s sad all around,” the sheriff said. “Mental health is a problem in our community. We do not need to continue to ignore it. When someone cries out for help, they need to get help.”

Lott said his department’s most recent previous deadly officer shooting was in 2013.