Home World See a folded dollar bill on the ground? Don’t pick it up,... 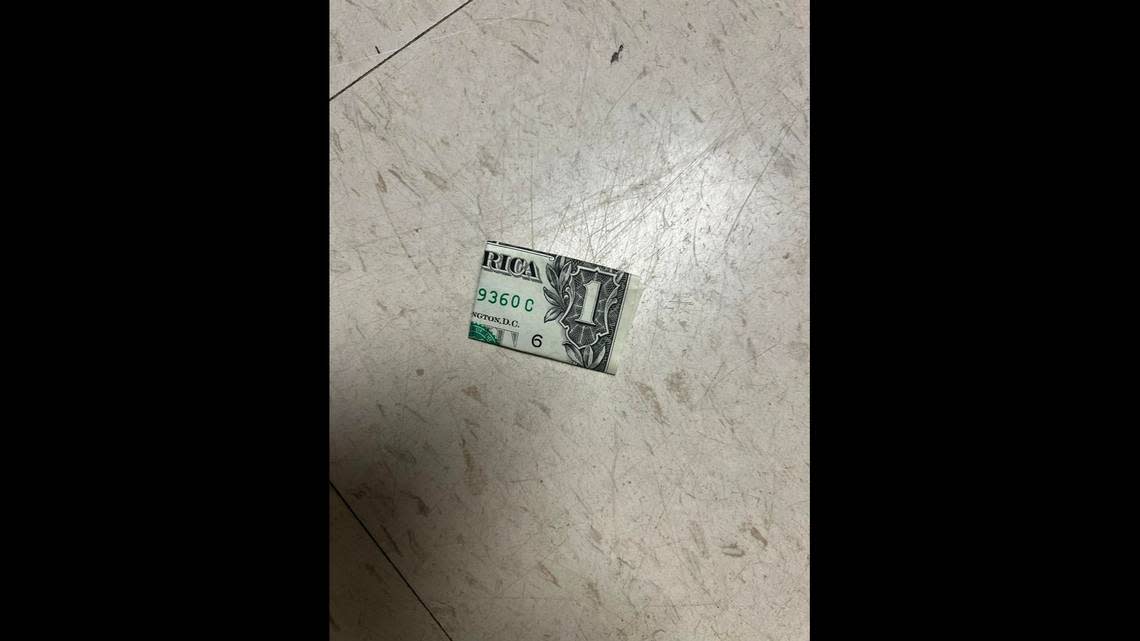 Finding money on the ground usually means it’s your lucky day, but a Tennessee sheriff is warning people not to pick up folded dollar bills because they could contain a dangerous substance.

On two separate occasions, people picked up folded dollar bills off the floor of a gas station in Perry County and found a white powdery substance inside, according to a statement on the Perry County Sheriff’s Office Facebook page. The substance later tested positive for methamphetamine and fentanyl.

“This is very dangerous, folks!” the statement says. “Please share and educate your children to not pick up the money.”

Fentanyl is a synthetic opioid that is 50 to 100 times stronger than morphine, according to the U.S. Drug Enforcement Administration. Two milligrams can be lethal depending on a person’s body size and their tolerance to the drug.

Synthetic opioids like fentanyl are the leading cause of overdose deaths in the United States, according to the agency.

The drug can be absorbed into the body through ingestion, inhalation or skin exposure, according to the Centers for Disease Control and Prevention.

People can be accidentally exposed to fentanyl, particularly first responders who are dealing with drug crime and overdoses.

“It enrages me as a father and the Sheriff, that people can act so carelessly and have no regard for others well being, especially a child,” Perry County Sheriff Nick Weems said in a statement. “I hope we find the ones responsible.”

Nurse stole opioid pills from hospice patient in Pennsylvania to use herself, feds say

Jennette McCurdy says her mom warned her not to get ‘too...

Slow Travel Mississippi: How To Wander the Entire State on One...