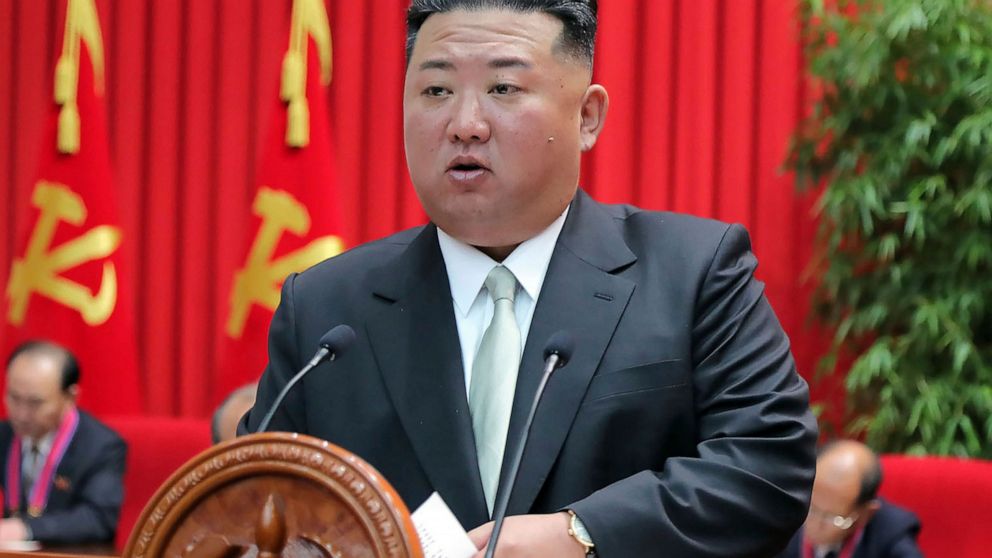 South Korea’s military detected the launch from the North’s eastern coastal Wonsan area at 10:48 a.m., the South’s Joint Chiefs of Staff said in a statement. It said South Korea has boosted its surveillance of North Korea while maintaining a military readiness and a close coordination with the United States.

It was North Korea’s first ballistic missile firing in eight days and the latest in its barrage of tests in recent months. North Korea previously said some of the tests were simulations of nuclear attacks on South Korean and U.S. targets. Many experts say North Korea would eventually want to enhance its nuclear capability to wrest bigger concessions from its rivals.

Choe’s statement was North Korea’s first official response to U.S. President Joe Biden’s trilateral summit with his South Korean and Japanese counterparts on the sidelines of a regional gathering Sunday in Cambodia. In their joint statement, the three leaders strongly condemned North Korea’s recent missile tests and agreed to work together to strengthen deterrence, while Biden reaffirmed the U.S. commitment to defend South Korea and Japan with a full range of capabilities, including its nuclear arms.

“The keener the U.S. is on the ‘bolstered offer of extended deterrence’ to its allies and the more they intensify provocative and bluffing military activities on the Korean Peninsula and in the region, the fiercer (North Korea’s) military counteraction will be, in direct proportion to it,” Choe said. “It will pose a more serious, realistic and inevitable threat to the U.S. and its vassal forces.”

Choe didn’t say what steps North Korea could take but said that “the U.S. will be well aware that it is gambling, for which it will certainly regret.”

South Korea’s Defense Ministry responded later Thursday that the purpose of the trilateral summit was to coordinate a joint response to curb and deter advancing nuclear and missile threats by North Korea. Spokesperson Moon Hong Sik told reporters that security cooperation among Seoul, Washington and Tokyo was contributing to solidifying a U.S. extended deterrence to its allies.

North Korea has steadfastly maintained its recent weapons testing activities are legitimate military counteractions to U.S.-South Korean military drills, which it views as a practice to launch attacks on the North. Washington and Seoul have said their exercises are defensive in nature.

In recent months, South Korean and U.S. troops have expanded their regular exercises and resumed trilateral training with Japan in response to North Korea’s push to enlarge its nuclear and missile arsenals. Those drills involved a U.S. aircraft carrier and U.S. B-1B supersonic bombers for the first time since 2017. In the past several years, annual military training between Seoul and Washington had been scaled back or canceled to support now-dormant diplomacy with North Korea and guard against the COVID-19 pandemic.

In her Thursday statement, Choe said “the U.S. and its followers staged large-scale war drills for aggression one after another, but they failed to contain North Korea’s overwhelming counteraction.”

There have been concerns that North Korea might conduct its first nuclear test in five years as its next major step toward bolstering its military capability against the United States and its allies.

U.S. and South Korean officials say North Korea has finished preparations to conduct a nuclear test explosion in its remote testing facility in the northeast. Some experts say the test, if made, would be meant to develop nuclear warheads to be placed on short-range missiles capable of hitting key targets in South Korea, such as U.S. military bases. They say North Korea would ultimately aim to use its boosted arsenal as a leverage to pressure the United States into making concessions in future negotiations and recognize it as a nuclear state.

Thursday’s launch came a day after members the Group of 20 leading economies ended their summit in Indonesia. The summit was largely overshadowed with other issues like Russia’s war on Ukraine. But Biden and South Korean President Yoon Suk Yeol used their bilateral meetings with Chinese President Xi Jinping to raise the issue of North Korea. The two had a trilateral summit with Japanese Prime Minister Fumio Kishida and discussed North Korea before coming to Indonesia for the G-20 summit.

In their respective bilateral talks with Xi, Biden noted all members of the international community have an interest in encouraging North Korea to act responsibly, while Yoon called for China to play a more active, constructive role in addressing the North Korean nuclear threats.

China, the North’s last major ally and biggest source of aid, is suspected of avoiding fully enforcing United Nations sanctions on North Korea and shipping clandestine assistance to the North to help its impoverished neighbor stay afloat and continue to serve as a bulwark against U.S. influences on the Korean Peninsula.