Home World Should the U.S. rejoin the Iran nuclear deal? 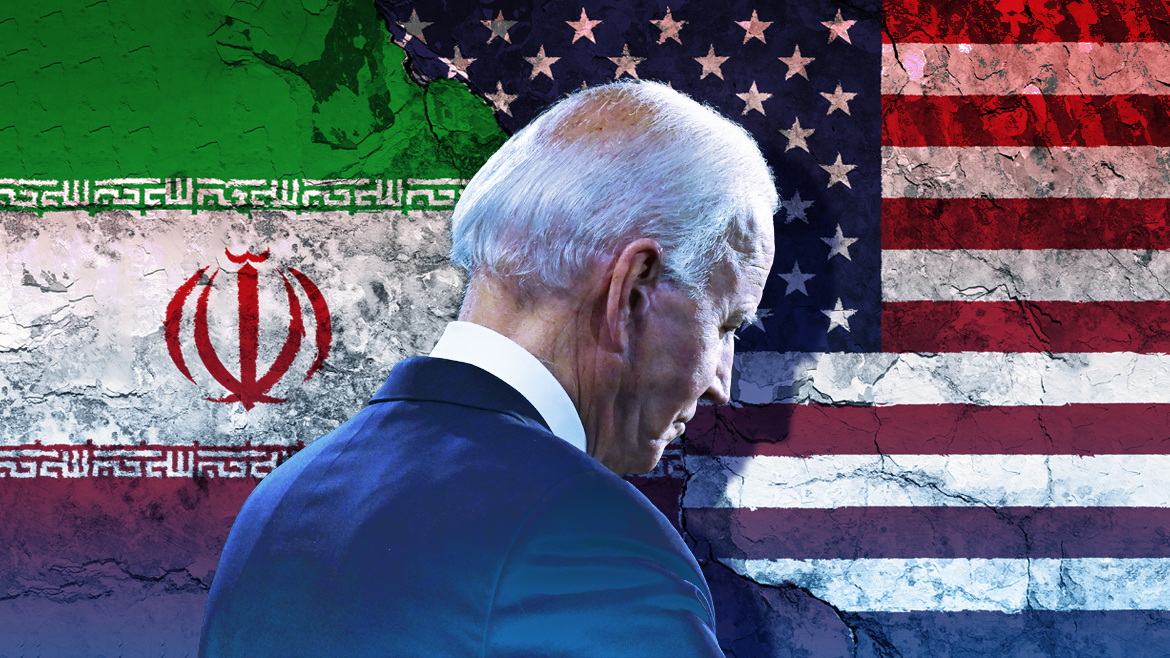 The United States and Iran on Tuesday agreed to a framework for discussions on bringing both countries back into compliance with the Iran nuclear deal. The indirect talks — mediated by envoys from Russia, China, Germany, France, Britain — represent the first step in what will likely be lengthy and delicate negotiations to revive the agreement.

The Iran nuclear deal, known officially as the Joint Comprehensive Plan of Action, or JCPOA, was signed in 2015 after years of negotiations between the Obama administration, Iranian leaders and representatives from other world powers. In joining the deal, Iran agreed to severely limit its nuclear development and allow regular inspections of its nuclear facilities. In exchange, the United States and other signatories lifted economic sanctions that had crippled Iran’s economy.

Despite reports from the U.S. and United Nations that indicated Iran was complying with the restrictions of the deal, then-President Donald Trump formally withdrew the U.S. and reinstated harsh sanctions on Iran in 2018. In response, Iran has begun to violate the restrictions of the deal, including enriching uranium at levels well beyond the limits set by the agreement. Tensions between the U.S. and Iran have escalated in the years after Trump left the deal, hitting their peak with the assassination of top Iranian general Qassem Soleimani in January 2020.

President Biden has said he wants to bring the U.S. back into the deal. Iranian leaders also want to come to an agreement. But talks had been at a stalemate until recently, with the U.S. calling on Iran to suspend its nuclear activities before any sanctions would be lifted and Iran insisting the U.S. make the first move.

Advocates for rejoining the nuclear deal say Trump’s “maximum pressure” strategy has backfired. They argue that a nuclear-armed Iran would pose a grave threat, and evidence suggests that the country is much closer to producing a nuclear bomb today than when the agreement was in place. Raised tensions have also emboldened the country to escalate its support of militia groups throughout the Middle East, many say. Others say harsh economic sanctions are causing severe suffering among the Iranian people while doing little to curb Iran’s nuclear pursuits.

Many Republicans echo Trump’s belief that the original deal was “severely flawed” and rejoining the agreement would mean wasting “an enormous amount of leverage” that sanctions have given the U.S. over the Iranian regime. Another group, which includes a bipartisan group of senators, has called for Biden to pursue a much broader agreement that addresses a “wide range of illicit Iranian behavior,” including its support for terrorist groups and human rights abuses of its own citizens.

Early discussions of a return to the nuclear deal were “successful” but are in their early stages and will “take some time,” according to a Russian representative who participated in the talks. Some diplomats have expressed a sense of urgency to find common ground before the upcoming Iranian presidential election in June. Sitting President Hassan Rouhani supports the deal, but term limits mean he can’t seek reelection and he could be replaced by a new hard-line leader who opposes any agreement.

A nuclear Iran would pose an extraordinary threat

“A nuclear-armed Iran would destabilize the region, provide the Islamic Republic with dramatically more influence and likely inspire other nations in the region to pursue their own nuclear ambitions. Finally, if Iran possessed nuclear weapons, it might be tempted to use them in a crisis — or the fear that it could do so might lead other countries to launch a preemptive strike.” — Editorial, Los Angeles Times

The U.S. withdrawal from the deal backfired

“Despite the JCPOA’s limited scope, the Trump administration’s withdrawal in favor of the maximum pressure policy was an abject failure. Iran wasn’t forced back to the table for broader negotiations, it simply got more aggressive and now has over eight times the uranium stockpile the JCPOA allowed.” — Tyler Koteskey, Newsweek

“The nuclear deal that many on Biden’s national security team helped negotiate is a ready-made solution to the crisis with Iran. If Biden misses this opportunity to revive the deal or Congress ties his hands, the diplomatic door with Iran will close and the prospect of full-blown war will grow exponentially.” — Sina Toossi and Yasmine Taeb, USA Today

As long as sanctions are in place, Iran’s citizens will suffer

“With Washington and Tehran caught in a diplomatic standoff, the Iranian people await relief. A sequestered and choked off Iran is functioning effectively as a state at war, dimming the prospects for its women.” — Azadeh Moaveni and Sussan Tahmasebi, New York Times

Rejoining the deal can be a first step toward broader agreements

“The Trump years have shown that a narrow deal like the JCPOA cannot be stable in the current environment. But there can be no progress without a return to it.” — Editorial, Guardian

The nuclear deal was a failure

“It was folly to imagine that the world’s foremost state sponsor of terrorism, one of the most destabilizing forces on the planet, would become a responsible member of the world community if only America and its allies would agree to shower it with billions of dollars in cash and relieve the pressure of sanctions. It would be even greater folly to return to the JCPOA and expect anything to change.” — Jeff Jacoby, Boston Globe

“The Iran dilemma is multifaceted, spanning human rights, missile proliferation, regional meddling, and state-sponsored terrorism. If the Biden administration seeks to resolve the forty-year nightmare of the Islamic Republic, it must address all of these threats, not just the nuclear program.” — Seena Saiedian, National Interest

“The Administration is still courting Iran, as if the regime and the Islamic Revolutionary Guard Corps have shown any desire to change their imperial behavior. These concessions jeopardize the progress of the landmark Abraham Accords between Israel and Arab countries and the containment of Iran, where sanctions have stoked public anger at the regime and undermined its ability to project power around the region.” — Editorial, Wall Street Journal

A nuclear deal that worked in 2015 no longer makes sense

“Not only do all of the original flaws of the agreement remain, but, more importantly, the agreement was predicated on a geopolitical context that no longer exists.” — Raphael S. Cohen, The Hill

Think 2020 was bad? Historians say 536 was worst year ever to be alive

Biden to withdraw all US forces from Afghanistan by Sept. 11