Home World ‘Sit down, Connie’: Woman shares hilarious story about how she saved a... 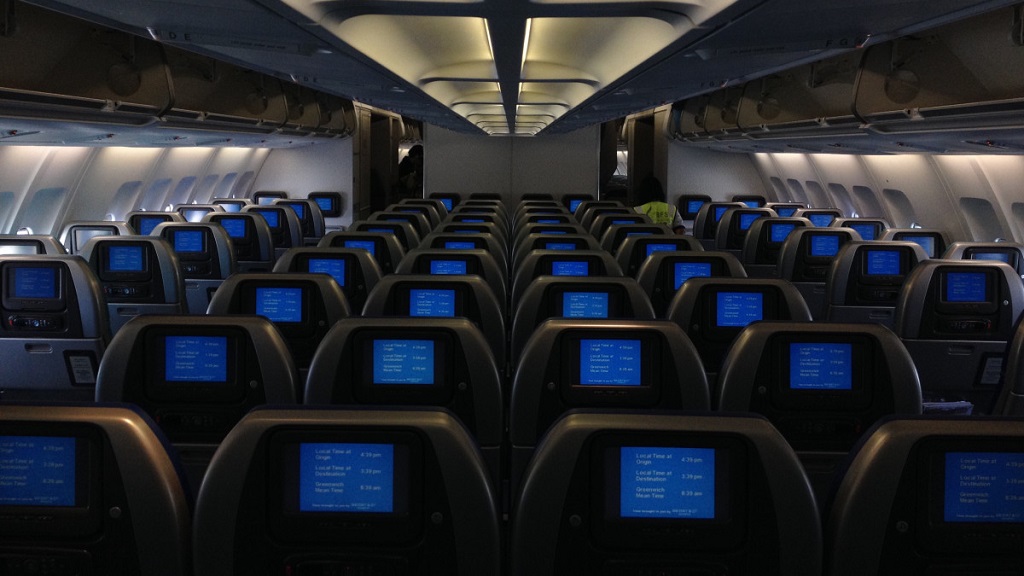 A TikTok user recently shared a hilarious story about how she lied to save another Asian woman passenger from an unfair request to swap seats while on an airplane flight.

TikTok user @not.cristinayang went viral after sharing her hilarious story in a video last week, which has been viewed over 2.2 million times since.

In her video, the TikTok user explains the story took place while she was on a flight from Hawaii to Seattle.

Since the travel time between her destinations was four to five hours, Yang notes in her video that she was flying in premium economy, which came with complimentary unlimited snacks and drinks.

More from NextShark: Chinese boy leaves in a huff after pointing out factual errors in planetarium’s educational video

Yang says she was seated in a window seat in front of an Asian woman, whom she describes as Japanese and soft-spoken, and another female passenger in the aisle seat.

During their flight, Yang recalls the woman sitting in the aisle seat suddenly turning to the other Asian woman and requesting that she switch seats with her friend, who was sitting a few aisles down and not in premium economy.

More from NextShark: Man filmed dragging a woman inside a bar’s restroom puts spotlight back on gender-based violence in China

While the person she was exchanging seats with had a window seat, the Asian woman would have to give up her free unlimited snacks, drinks and ample leg room for the exchange.

“I was like, ‘except for the fact that we are traveling together. Hello, we’re both Asian. Of course, we know each other, and 26 is not premium economy. You [can] smell the toilet back there, no,’” Yang says, recalling the lie she had to come up with on the spot.

The woman then looked at Yang as she slowly stood up from her seat, hesitant about granting the other woman’s request. At this point, Yang recalls she immediately yelled at the Asian woman, “Sit down, Connie.”

“OK, I don’t know what her name is. I just called her Connie for some reason and she sat down,” Yang admits in the video. “I guess I was meaner than the other lady.”

Responding to the turn of events, the passenger in row 26 was disappointed she could not sit with her friend during their flight, Yang says.

“So the lady in 26 is, like, kinda mad that she can’t sit next to her friend and she was, like, ‘No, you guys are not traveling together. You just made that up,’” Yang says.

“And I look over at the Asian lady next to me and I start speaking to her in Cantonese, which is like the totally wrong language for her, but this lady is not Asian so she’s not gonna know the difference,” Yang adds. “And the Asian lady looks at me [and] she’s like, ‘Yeah,’ and then she responds to me in Japanese.”

Yang then looked up at the lady from row 26 who was still standing to tell her, “Well, we’re gonna continue to talk about you in our language so why don’t you go back to row 26 where you belong, OK?”

Many TikTok users found Yang’s story entertaining, with some of them praising the TikToker for saving the woman.

“This story is top tier,” one TikTok user commented. “I love that you stood up for her.”

“You are definitely the hero of the story! Love this,” another wrote.

Others replied with a hilarious comment, with one user writing, “May your coffee always be hot, green lights on your drives and close parking spots in the parking lot.”

“Somewhere in Japan, Connie is telling of her strange American friend who helped her out,” another user commented.