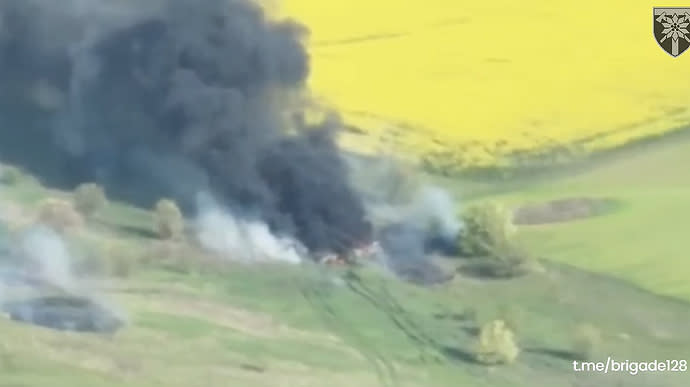 The Security Service of Ukraine has published another intercepted conversation between Russian soldiers. In that conversation, the aggressors express their envy that Ukrainians have Bayraktars (medium-altitude long-range unmanned combat aerial vehicles), and they are terror-stricken at the prospect of the delivery of foreign weapons to the Armed Forces of Ukraine.

Quote from a Russian soldier fighting in Zaporizhzhia: “I wish we had the f*cking drones, like their Bayraktars. The situation would be f*cking awesome. They [Bayraktars] don’t work in the daytime, they work at night. The birds take off, get our coordinates and we’re f*cked.”

Details: He [the Russian soldier] himself ridicules talk about Russia’s “glory”, since Russia “itself stirred up this special operation” but didn’t arm its soldiers properly. At present, according to the aggressor, they [Russian soldiers] are forced to beg for everything from their sponsors – farmers and children collect money for quadcopters (drones with four rotors) for Russian soldiers.

The invaders are also following with alarm news of new deliveries of foreign weapons for the Armed Forces of Ukraine. They are particularly frightened by reports that “the Poles have delivered 2,000 – or 200 – tanks to Ukraine.”

The Security Service of Ukraine has pointed out that Ukraine has news of “new guns and lend-lease”, so that the aggressors will have “a lot of discoveries – not only in the news but also on the battlefield.”