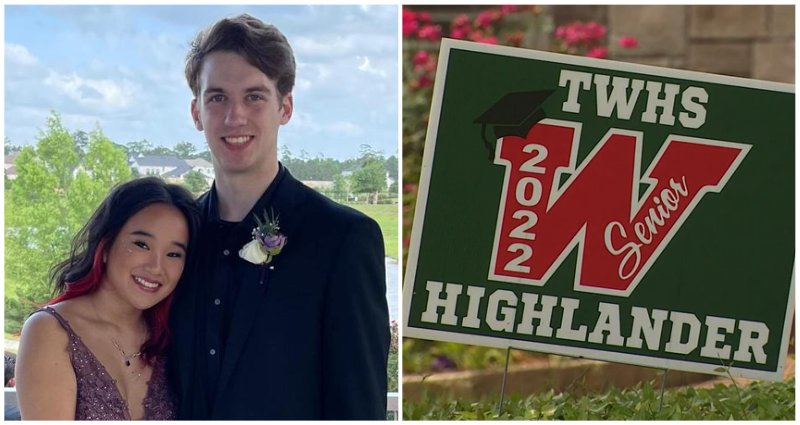 Two high school seniors in Texas were found dead from a fentanyl overdose after suffering from drug addictions for years, according to investigators.

The Montgomery County Sheriff’s Office deputies responded to a double overdose call at a home on Stanwick Place, The Woodlands. They found Irene Sunderland, 18, and her boyfriend Grant Blodgett, 17, dead ​​in a bedroom on May 5.

Mandy, Irene’s mother, found her daughter’s body in her bedroom surrounded by drugs on the day she was reportedly going to take her to rehab.

“An intervention person was at my house in the kitchen, and when she said it was time to wake up my daughter before she went to school to begin the intervention, with my letter and all that… my daughter was gone,” Sunderland told Click2Houston.

Investigators found phone records on both teenagers’ cellphones, leading to the arrest of 19-year-old dealer Abdulbaaith Abiodun Adewale. They found text messages from Adewale informing the couple that another person had already died from the same heroin he had given them. Authorities believe that Adewale knew the drugs “could and would likely kill them.”

Toxicology results confirmed the presence of fentanyl, according to the Sheriff’s Office.

Adewale was charged with two second-degree felony charges of manufacturing or delivering a controlled substance causing death or serious bodily injury. His bond was set at $150,000.

The 19-year-old was previously charged with three counts of possession of a controlled substance; however, the charges were dropped after he completed a program.

“This is an example of the recent law passed by the Texas Legislature that allows us to charge those who provide illegal narcotics that cause the death of our citizens,” Sheriff Rand Henderson said in a statement. “Let this be a warning to those who sell illicit narcotics: Montgomery County Law Enforcement is committed to finding you and holding you accountable not only for the selling of illicit narcotics but for the deaths that occur.”

Sunderland and Blodgett died just two weeks before their graduation at Woodlands High School. Sunderland, who was born in Changsha, China, in 2003, was adopted by Mandy and Jeffrey Sunderland. She was a member of her high school’s dance team, and she was planning to attend Drexel University to pursue fashion merchandising. Blodgett was a few weeks away from his 18th birthday on May 25. He played football and was planning to attend Texas Tech University to pursue History.

The Montgomery County District Attorney’s office will hold off on interviews until after both victims are laid to rest. Adewale’s arraignment date is expected for early next week.

‘Plague Inc.’ Game Sales Skyrocket in China, But Developer Has a Warning