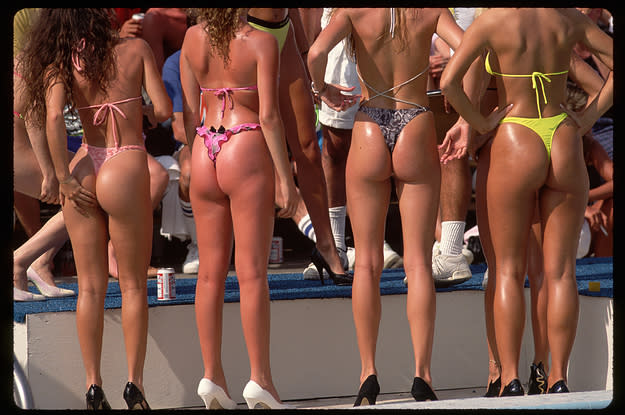 In the 1990s, beach spots like Fort Lauderdale and Daytona Beach became hot spots for a specific type of college student — the spring breaker. Capitalizing on hot young college students in thong bikinis (style is cyclical!), the music video channel MTV set up temporary operations for a week in March 1986, broadcasting live coverage for up to eight hours a day. In a lot of ways, this coverage was a run up to the reality shows we see now, and turned into a massive production that drew throngs of students and young people looking for a good time every year. We looked back at some early photos of spring break in Florida as it turned into all-caps SPRING BREAK in the 90s and into the 2000s.