Home World Tom Brady says it was ‘flattering’ to sign a ball an opponent... 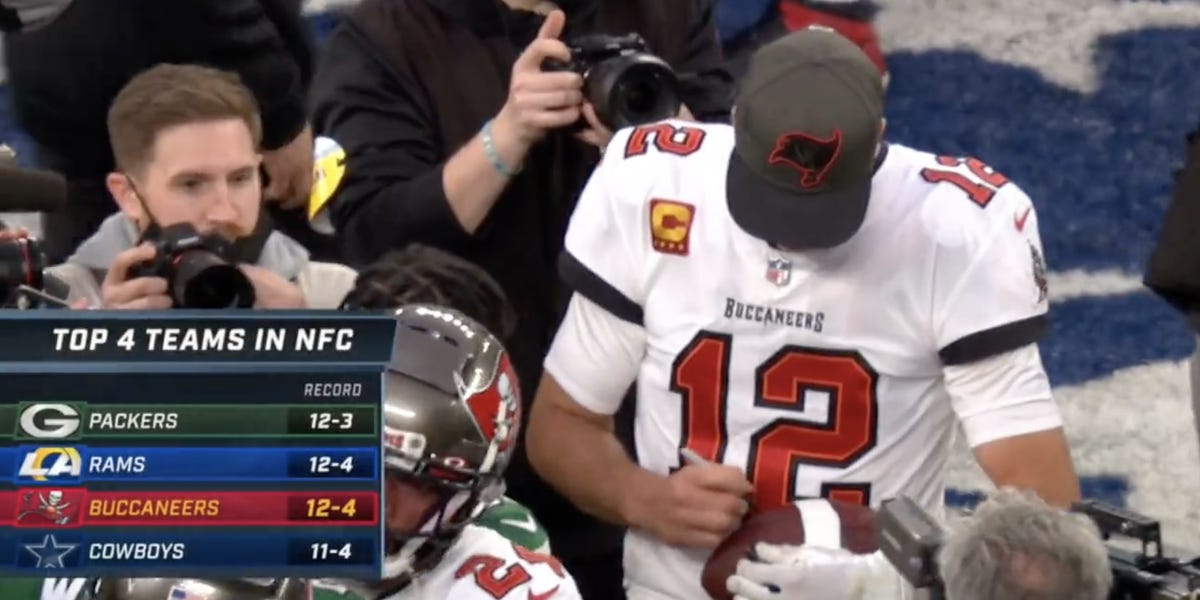 Tom Brady has signed plenty of autographs during his two decades in the NFL, but he signed one unlike any other on Sunday.

After pulling off a comeback win over the New York Jets, Brady was approached by rookie Jets defender Brandin Echols, who intercepted Brady during the game.

In Echols’ hands were a marker and the ball he had picked off from Brady. Brady obliged with the signature, giving Echols a souvenir he’ll never forget.

While Brady was gracious in his interaction on the field with Echols, the Buccaneers quarterback doesn’t want to make a habit of signing away his worst plays.

Speaking on his podcast, “Let’s Go!” on Monday, Brady said that he didn’t plan on signing any more footballs for his opposition.

“What a nice guy. Young player. It was kind of flattering,” Brady said of Echols’ request. “It’s not often I sign an interception ball. I think it’s the first time.

“I don’t necessarily like signing mistakes, let me just say that. So that’s the last time I’m going to do that. I know it’s the season of giving — I don’t plan on giving any more gifts to people. It’s much better to receive than give from my standpoint as a quarterback.”

At 44 years old, Brady has only thrown 12 interceptions all season, and will hope to avoid such costly mistakes as the playoffs begin in two weeks.

Best of luck to the defenders looking to pick off Brady in the near future.