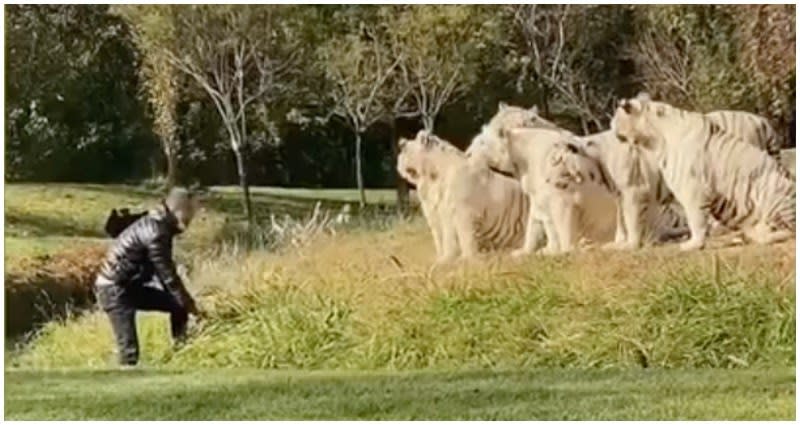 A man in China ran into a wildlife park’s enclosure of white tigers and taunted them.

What happened: In a recorded video released by Newsflare on Oct. 23, a tourist broke into the enclosure of white tigers at the Beijing Wildlife Park during a self-driving tour.