Sept. 30 (UPI) — Tropical Storm Victor is expected to weaken over the weekend as it moves along the eastern Atlantic Ocean and away from land, forecasters predict.

Victor, with maximum sustained winds of 60 mph, is the 20th named storm of the season, leaving the National Hurricane Center with one last name, Wanda, on its primary list.

“Despite the large changes to the track forecast, no change of note was made to the intensity forecast,” the National Hurricane Center said in a statement Friday.

“Increasing shear and a dry surrounding environment should cause Victor to weaken during the next few days. Some models even indicate it could dissipate before the end of the forecast period.”

Earlier predictions had Victor possibly intensifying into a hurricane. 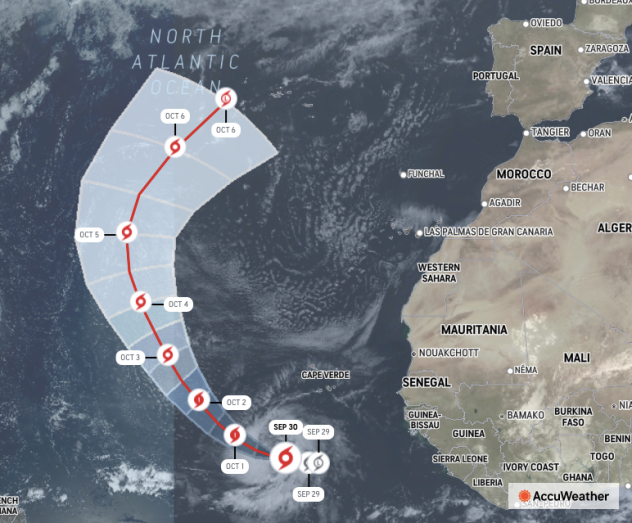 Victor is one of two areas of disturbed weather that forecasters have been monitoring over the eastern Atlantic.

Once Wanda forms, forecasters will utilize a supplemental list prepared by the World Meteorologist Organization to name systems. The list will replace the Greek alphabet, which was used to name storms amid two hyperactive seasons in the past: 2020 and 2005.