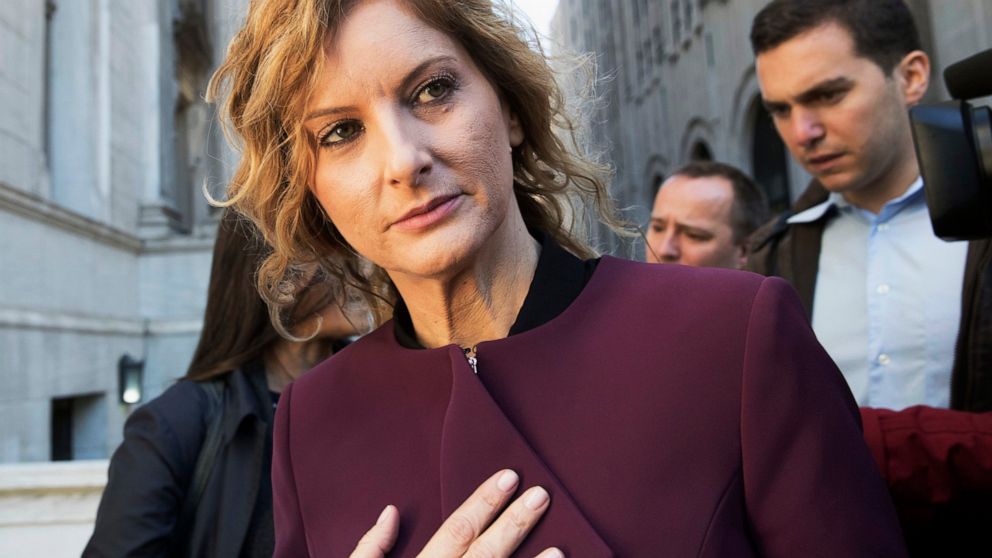 A court has set a Dec. 23 deadline for former President Donald Trump to undergo questioning in a former “Apprentice” contestant’s defamation lawsuit over what he said in denying her sexual assault allegations

NEW YORK — Former President Donald Trump now has a Dec. 23 deadline to undergo questioning in a former “Apprentice” contestant’s defamation lawsuit over what he said in denying her sexual assault allegations, a court said Monday.

The new deadline for Trump’s deposition — a legal term for out-of-court, pretrial questioning under oath — comes as Summer Zervos’ 2017 lawsuit emerges from a more than yearlong freeze.

“The defendant is now a private citizen, and he just cannot delay this litigation any longer,” Zervos attorney Moira Penza told a Manhattan judge’s law clerk during the teleconference.

Then-President Trump was weeks away from a January 2020 deposition deadline when he won a delay to ask the New York’s top court to consider holding off the case entirely until he was out of office. He argued that sitting presidents couldn’t be sued in state courts.

After he left office this year, the state high court — called the Court of Appeals — said the question was moot. The case returned to a Manhattan trial court for both sides to continue gathering evidence.

Depositions of both Trump and Zervos are now due by Dec. 23. Their lawyers have two weeks to try to nail down specific dates, or the court will set them.

Zervos, a California restaurateur, appeared on “The Apprentice” in 2006. Trump was then the host.

A decade later, he was the Republican presidential nominee, and she was among a series of women who publicly accused him of sexual assaults or harassment years before. Zervos said he subjected her to unwanted kissing and groping during what she thought would be career-advice meetings in 2007 at his New York office and at a California hotel where he was staying.

He denied her allegations, retweeted a message that called her claims “a hoax” and described the women who accused him of sexual assault and harassment as “liars” trying to hurt his 2016 campaign’s chances.

Zervos then sued, saying he hurt her reputation. She is seeking a retraction, an apology and unspecified damages.

Trump’s new lawyer, Alina Habba, said Monday she plans to expand the former president’s response to the case. She said she planned to draw on a 2020 New York law meant to protect people from frivolous lawsuits launched by the powerful to squelch criticism.

The law expanded an existing statute, making it easier to fight defamation claims when they center on communication in public “in connection with an issue of public interest,” defined as “any subject other than a purely private matter.”

“With the new law in place, I think this case will be wrapped up very quickly,” she said after court.

When the measure was making its way through the state Legislature last year, a sponsor pointed to Trump himself as a rationale.

“For decades, Donald Trump, his billionaire friends, large corporations and other powerful forces have abused our legal system by attempting to harass, intimidate and impoverish their critics with strategic lawsuits against public participation,” Democratic state Sen. Brad Hoylman said in a July 2020 statement.

Trump and his campaign have sued a number of media outlets over their coverage of him, including a lawsuit he filed last month against his estranged niece and The New York Times over a 2018 story about his family’s wealth and tax practices. The lawsuit accused the defendants of “an insidious plot to obtain confidential and highly-sensitive records” in violation of a Trump family settlement agreement.

The Associated Press generally does not identify people who say they have been sexually assaulted, unless they come forward publicly, as Zervos has.