Home World Try not to laugh at what Madison Cawthorn just did to NC... 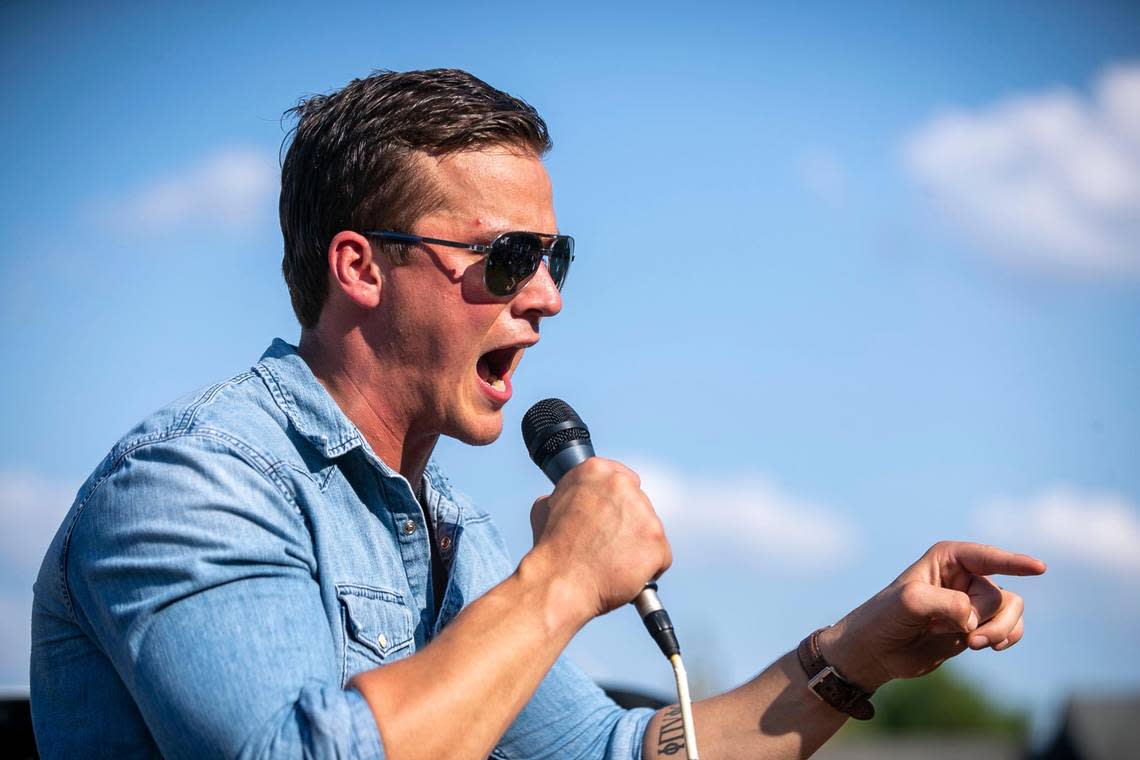 Many people thought a congressional run by N.C. House Speaker Tim Moore was all but certain in 2022.

His fellow lawmakers certainly did. In fact, they conveniently drew an incumbent-free, Republican-heavy congressional district centered around his home in Cleveland County.

But then came Madison Cawthorn.

The freshman representative from Western North Carolina thwarted Moore’s plans Thursday when he announced his decision to change congressional districts. Cawthorn will run in the newly created 13th Congressional District instead of the 14th Congressional District, which state lawmakers had drawn with him as the lone incumbent. Hours later, Moore officially squashed rumors of a 2022 run, saying he plans to seek re-election as speaker next year instead.

Though he didn’t mention Moore by name, Cawthorn said when announcing the switch that he feared that another “establishment, go-along-to-get-along Republican” would prevail in the 13th district if he didn’t run there.

You heard that right.

Tim Moore — yes, that Tim Moore, a conservative stalwart who even went on a “Stop the Steal” field trip to Pennsylvania — is now considered an establishment Republican.

That says a lot about what the Republican Party has become, especially here in North Carolina, where Trumpism is threatening to become the norm. The irony is that Moore and his fellow Republicans are the ones who got us — and themselves — here. Too many of them stood by and watched while extremists like Cawthorn lied and fear-mongered their way into power. They could have stopped it, but too often went along with it, particularly when they thought it could get them more money, more endorsements and more votes.

Turns out that unconditional loyalty isn’t as politically productive as Republicans thought it would be. Apparently, they’ve yet to learn what others have long known: people like Cawthorn aren’t loyal to anyone but themselves.

It might even be funny if it wasn’t so maddening. Republicans got pretty creative when they tailored Moore’s designer district, effectively disenfranchising large swaths of voters and double-bunking several incumbents in order to do so. They had the gall to insult voters’ intelligence by calling the process “unbiased” and the maps “fair.” Now, Moore isn’t even running in said district — or any district — and we may still be left with their unfair maps, although lawsuits are pending.

It’s markedly less funny, however, that even Tim Moore doesn’t seem to be Republican enough for a Republican primary anymore. Moore, one of the most powerful men in state government, has served in the General Assembly since Cawthorn was in elementary school. He’s always been pretty popular with his party, yet he seems to be admitting that, despite representing parts of Western North Carolina for nearly two decades, even he may not have enough support there to defeat a 26-year-old conspiracy theorist who regularly undermines the integrity of elections and has been accused multiple times of sexual misconduct.

Like everyone, Republicans have to bear the consequences of their own actions sometimes, but for Democrats, it’s only sweet if you forget how much it stings. Moore and his party aren’t the only ones paying the price. Moore sacrificed voters for his political ambitions, and in the end, no one won — not even him.