Home World Ukrainian artillery throw Russians a “hell of a party” at a hamlet... 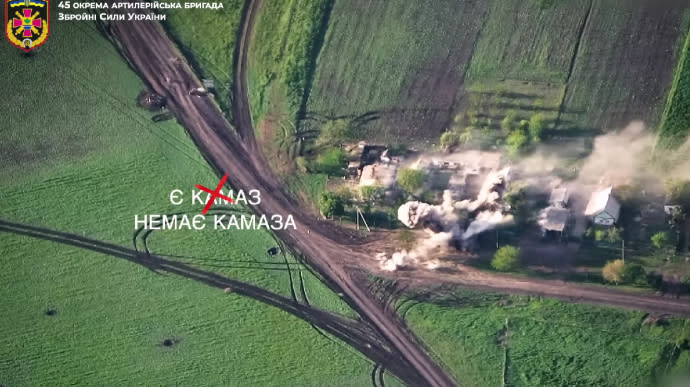 The Ukrainian Armed Forces have shown a video of the destruction of Russian forces and equipment in Zaporizhzhia Oblast.

Quote from the 45th Brigade: “On one of the farms in Zaporizhzhia Oblast, a massive commotion was organised by the orcs (Russians – ed.). Very hectic – they were apparently looking for a DJ and musical instruments.

With the help of gunners from the 45th Separate Artillery Brigade and in cooperation with air reconnaissance of the 15th Main Directorate of the DBKR (military counterintelligence of the Ukrainian Security Service – ed.) and Azov, one hell of a party was organised for them. The house party at the khutir (hamlet – ed.) was a success! P.S. Not a single Human was hurt during the shooting of this video.”

Details: The time of the action is not disclosed. The Armed Forces usually publish the video some time after hostilities, when it does not pose a threat to Ukrainian defence forces.