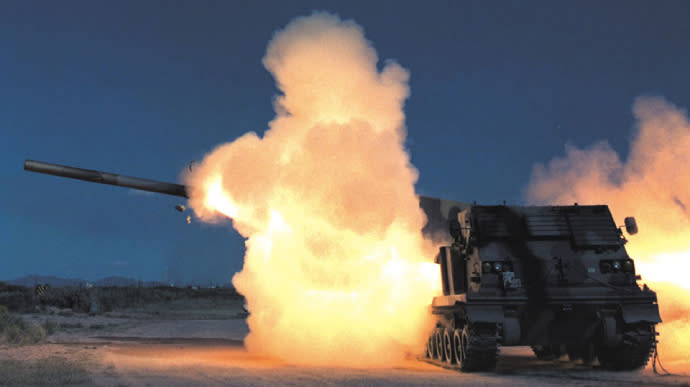 Mykhailo Podoliak, adviser to the President of the Ukrainian President’s Office, pointed out that Russians became hysterical after US authorities decided to provide Ukraine with MLRS launchers, and called on the West not to hesitate going forward and continue to put pressure on Russia.

Podoliak’s quote: “All these Russian subjects are disgusting. At all levels… They enter the territory of another country and destroy infrastructure on a large scale, massacre civilians, and deliberately demolish all our cities. They call it a disgusting and false term: ‘special military operation’. All types of heavy artillery, heavy flamethrowers, rocket-propelled grenade launchers, heavy aircraft bombs, and cruise missiles of various modifications with a range of over 1000 km are used in Ukraine.

But as soon as it became known that Ukraine would still receive MLRS with a normal range (100+ km), the Russians immediately fell into hysterical hysteria. A wild scream now stands over the entire Russian swamp: “Not only that! Just don’t give them jet long-range systems! Only not weapons of retaliation!”

The conclusion? As simple as it is. Two savage Russian screams: ‘lift sanctions!’ and ‘we beg on our knees: do not give Ukrainians MLRS!’ –  direct proof of the extreme effectiveness of these two steps… “

Details: Podoliak emphasised that Russians immediately show fear as soon as their opponent is balanced in armaments. According to the adviser, this indicates that the Russian army is courageous enough only to fight against an unarmed civilian population.

Podoliak added that due to innate cowardice, Russian propagandists have tirelessly stated that they are ready to use both chemical weapons and tactical nuclear weapons in Ukraine.

Himars (High-Mobility Artillery Rocket System) is a similar multifunctional complex on a wheeled chassis. They were used by the U.S. military in the 2003 Iraq military campaign and the Gulf War.

Officials in Washington have held a series of closed-door meetings with Ukrainian officials to reaffirm their commitment not to strike deep into Russia if the United States agrees to provide such systems.