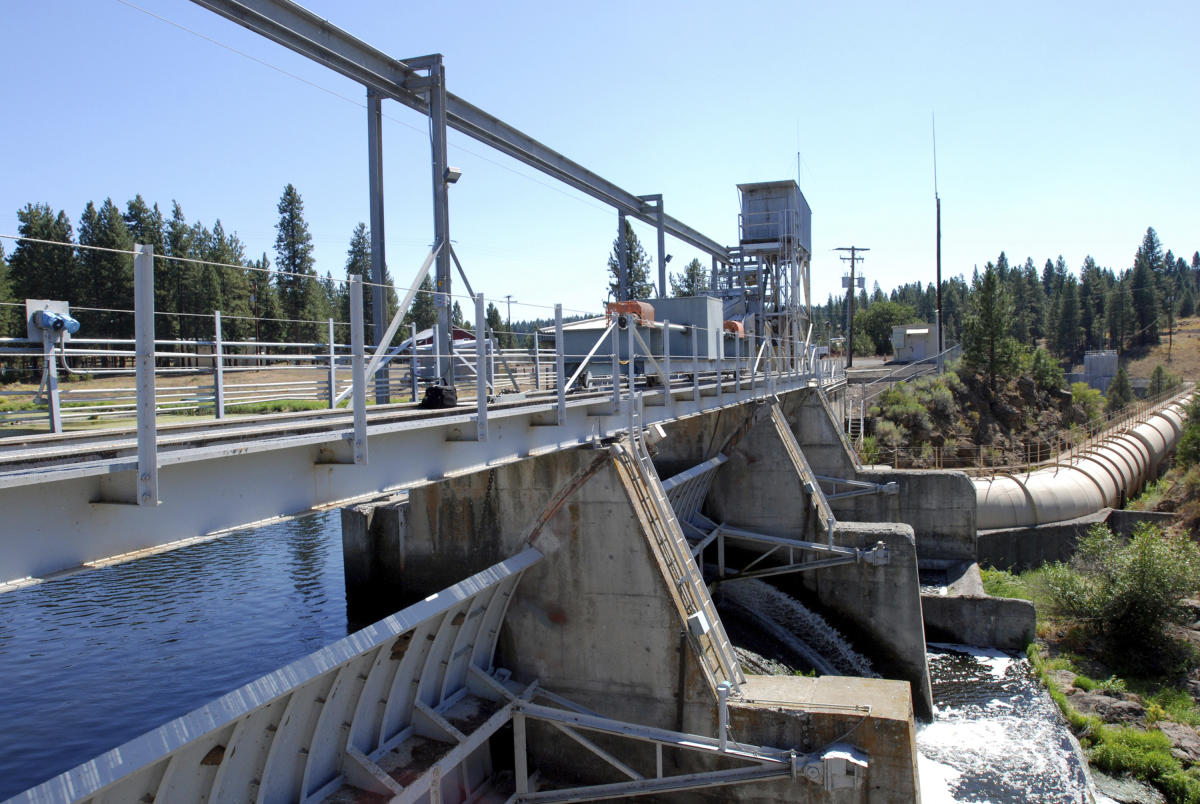 PORTLAND, Ore. (AP) — The largest dam demolition and river restoration plan in the world could be close to reality Thursday as U.S. regulators vote on a plan to remove four aging hydro-electric structures, reopening hundreds of miles of California river habitat to imperiled salmon.

The vote by the Federal Energy Regulatory Commission on the lower Klamath River dams is the last major regulatory hurdle and the biggest milestone facing a $500 million demolition proposal championed by Native American tribes and environmentalists for years.

Approval of the application to surrender the dams’ operating license is the bedrock of the most ambitious salmon restoration plan in history, and if approved the parties overseeing the project will accept license transfer and could begin dam removal as early as this summer. More than 300 miles (482.80 kilometers) of salmon habitat in the Klamath River and its tributaries would benefit, said Amy Souers Kober, spokeswoman for American Rivers, which monitors dam removals and advocates for river restoration.

“This is an incredibly important milestone,” she said. “This project really carries important lessons for rivers and the conservation movement, and the most important lesson is the leadership of the tribes. It’s because of the tribes that these dams will come out and the river be will restored.”

The vote comes at a critical moment when human-caused climate change is hammering the Western United States with prolonged drought, said Tom Kiernan, president of American Rivers. He said allowing California’s second-largest river to flow naturally, and its flood plains and wetlands to function normally, would mitigate those impacts.

“The best way of managing increasing floods and droughts is to allow the river system to be healthy and do its thing,” he said.

“Instead of having reservoirs where a significant amount of that water evaporates, it’s better to have that river flow and allow the flood plains and wetlands filter the water and bring it down to groundwater where it doesn’t evaporate.”

The Klamath Basin watershed covers more than 14,500 square miles (37,500 square kilometers) and the Klamath itself was once the third-largest salmon producing river on the West Coast. But the dams, constructed between 1918 and 1962, essentially cut the river in half and prevent salmon from reaching spawning grounds upstream. Consequently, salmon runs have been dwindling for years.

Native tribes that rely on the Klamath River and its salmon for their way of life have been a driving force behind bringing the dams down. Members of the Yurok, Karuk and Hoopa tribes plan to light a bonfire and watch the Federal Energy Regulatory Commission meeting Thursday on a remote Klamath River sandbar via a satellite uplink to symbolize their hopes for the river’s renewal.

Frankie Myers, Yurok vice chairman, told The Associated Press before the meeting that he was excited, but also anxious, about the outcome of the vote.

“We’ve been doing this a long time and we’ve been let down so much over the last two decades,” he said. “If there’s still salmon in the water, they have a chance and we have a chance. …They will come down. They have to come down. Our existence depends on it.”

But plans to remove the dams have been controversial.

A group of homeowners who live around Copco Lake, one of the large reservoirs, have fought the dam removal plans for years and say the values of their lakefront homes have plummeted. A coalition formed to oppose the demolition plan argues that the money set aside to cover the demolition isn’t adequate, and that cost overruns and liability concerns would fall on the shoulders of taxpayers.

They also question whether removing the dams will work to restore salmon because of changes in the Pacific Ocean that are also affecting the fish, said Richard Marshall, head of the Siskiyou County Water Users Association.

“The whole question is, will this add to the increased production of salmon? It has everything to do with what’s going on in the ocean (and) we think this will turn out to be a futile effort,” he said. “Nobody’s ever tried to take care of the problem by taking care of the existing situation without just removing the dams.”

Rate payers in the rural counties around the dams are also angered by the project, which is funded by $200 million from PacifiCorp and $250 million from a voter-approved water bond in California.

U.S. regulators raised flags about the potential for cost overruns and liability issues in 2020, nearly killing the proposal, but Oregon, California and PacifiCorp, which operates the hydroelectric dams and is owned by billionaire Warren Buffett’s company Berkshire Hathaway, teamed up to add another $50 million in contingency funds.

The utility would face steep costs to add fish ladders and other environmental mitigations to the outdated dams in order to renew their hydroelectric license and in recent years has diversified their energy portfolio enough to absorb the loss of the dams, the company has said.

If regulators approve on Thursday, Oregon, California and the Klamath River Renewal Corporation — the entity formed to oversee the demolition and environmental mitigation — must sign off on the license surrender and then work can begin. Regulators could also approve it, but add further specifications, or reject it altogether.

If approved, Copco 2, the smallest dam, could come down as early as the coming summer, said Craig Tucker, natural resources policy consultant for the Karuk Tribe. In early 2024, the reservoirs behind the dams would be slowly drawn down, with the hope of putting the river fully back in its channel by late 2024, he said.

The scope of the project exceeds the other largest U.S. dam demolition to date, when two century-old dams were breached on the Eolwha River on Washington’s Olympic Peninsula in 2012, said Kober, of American Rivers. Environmental experts are unaware of any other river restoration project in the world with a bigger scope than the one planned for the lower Klamath, she added.

Across the U.S., 1,951 dams have been demolished as of February, including 57 in 2021, the organization said. Most of those have come down in the past 25 years as facilities age and come up for relicensing.