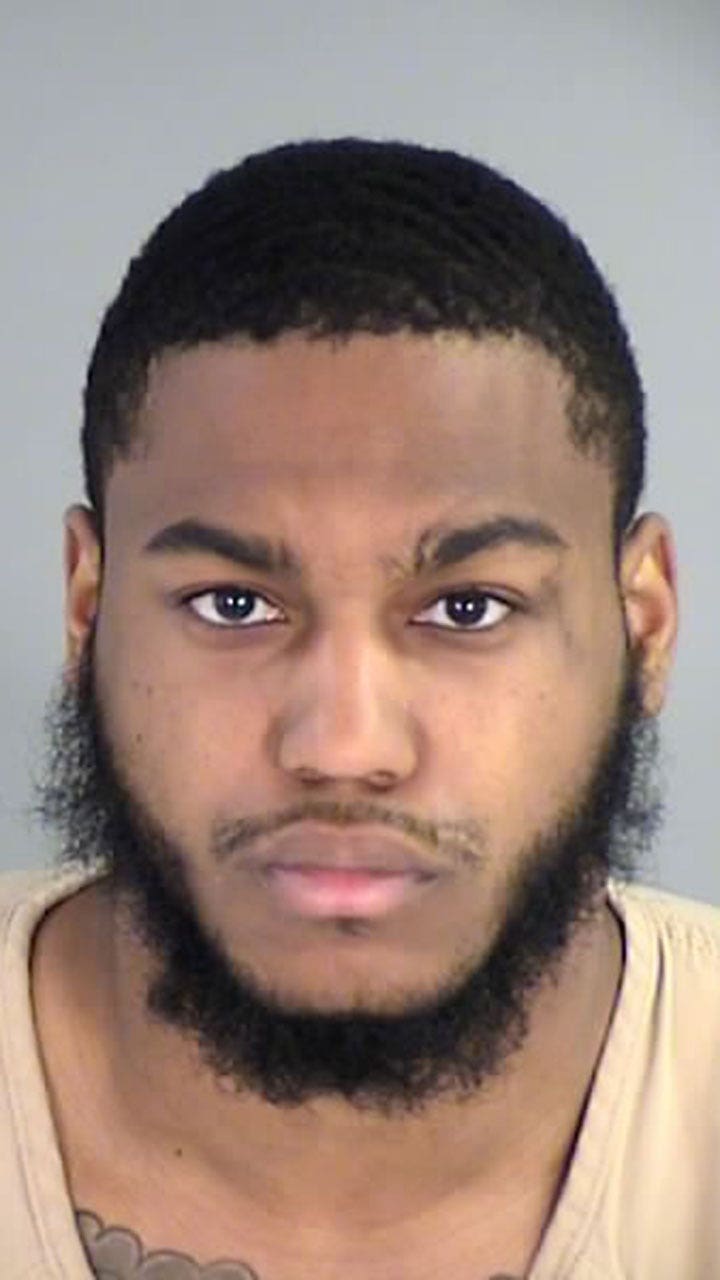 University of Virginia shooting suspect Christopher Darnell Jones’ final “bizarre” words hurled toward the three football players killed have been revealed by another student who was on the charter bus Sunday night.

Ryan Lynch, a 19-year-old pre-med student, said a field trip to Washington, D.C., to see a play was meant to be a “bonding experience” for the close-knit class toward the end of the semester. But as a bus of some two dozen students and a professor rolled back to campus Sunday night, Jones pulled out a gun.

“Chris got up and pushed [victim] Lavel [Davis]. And then after he pushed him, he was like, ‘You guys are always messing with me.’ He said something weird like that. But it was very bizarre because they didn’t talk to him the whole trip,” Lynch recalled in an on-camera interview with Philadelphia’s KYW-TV.

“We thought he was going to shoot everyone on the bus at that point,” Lynch said.

“There just kept coming more and more gunshots. The shooter then sort of, just walked or skipped off the bus when I saw him pass,” she told the station.

READ ON THE FOX NEWS APP

“He just had so many gunshots in him,” Lynch said of what she saw of one of the deceased victims. “All of the men had such a beautiful spirit to them. They always had a smile on their face. They never showed any level of exhaustion. So personable and kind.”

Two surviving wounded victims are UVA football player Michael Hollins Jr. and Marlee Morgan, a sophomore at the university. KYW-TV reported that Lynch is one of Morgan’s close friends.

Another witness told police that Jones aimed the gun at Chandler, shot him as he was sleeping, and Chandler slid to the floor of the bus, according to Albemarle County Commonwealth’s Attorney James Hingeley, who revealed that detail at a court hearing on Wednesday, CBS News reported.

Virginia Cavaliers head football coach Tony Elliott said he had known Davis since his freshman year, remembering his “big smile” and how he “lights up the room” with a “gentleness about him.”

“He’s passionate about what he believes in,” Elliott said, recalling debates between teammates about different basketball teams. “Another thing that resonated was just how good of a teammate he was and how much he loved his teammates and would do anything for his teammates.”

“I don’t think many people outside our program understand how special D’Sean was,” Elliott continued, describing Perry as “very, very artistic” and his talent for drawing and “shaping pots with clay.”

“Loved music, very, very cultured and well-rounded,” the coach said of Perry. “Just a great teammate, and he had a sense of humor that was one of a kind.”

“Then you talk about Devin,” Elliott added, describing Chandler. “Man, he’s what you wanted in a young person at this level. But he was just a big kid. Smiles all the time. Loved to dance. Loved to sing. Loved to compete.”

“The thing that I remember about him is he always brought a smile to my face because he was happy with where he was, comfortable in his skin,” he added. “And he just had a very bubbly personality.”

The suspect’s father, Christopher Darnell Jones Sr., said he had last spoken to his son a month ago.

“He had some problems. Last time I spoke to him, he said some people was picking on him or whatever,” Jones Sr. said. “He didn’t know how to handle it. I just told him, ‘Go to school. Don’t pay ‘em no mind. Do what you gotta do.’ He was real paranoid when I talked to him. About something. He wouldn’t tell me everything.”

UVA resumed normal class schedules on Wednesday for the first time since more than 500 students remained locked down during a 12-hour building by building search of the university grounds for Jones.

“Returning to some sense of routine when you’re ready, and as hard as it might be, doesn’t mean that any of you or any of us have forgotten or will ever forget Devin, Lavel or D’Sean,” UVA President Jim Ryan said in a video message Wednesday. “It’s just a sign that life is thankfully persistent. It continues to beckon all of us, even in the darkest days. And shared grief, as the vigil showed, is a keen reminder that it is our bond with each other and with the common community that gives us the strength to endure and are more real and powerful than our perceived differences.”

Ryan said the university welcomed an “external review” into its handling of Jones before the shooting. The UVA president also said a memorial service will be held Saturday at the football stadium after the athletics director and head coach agreed to cancel the team’s final home game of the season.

Hollins, the junior running back who remains in critical but stable condition after two surgeries, reportedly does not know that his three fellow teammates and close friends have died. His mother said he made it off the charter bus unscathed, but he went back to try to save his teammates.

Police said Jones had faced a hazing investigation that had since been closed because witnesses did not cooperate.

He also was on the UVA threat assessment team’s radar after an undisclosed person reported in September that Jones told someone he had a gun. Jones was facing pending administrative charges for failing to report a prior criminal incident involving a weapons violation outside of Charlottesville that occurred in February 2021.