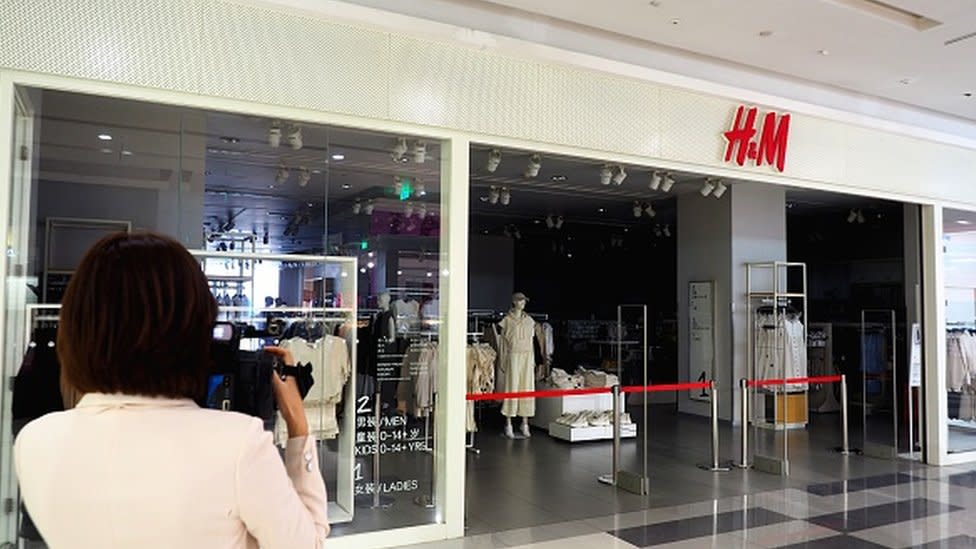 (Bloomberg) — For any company doing business in China, the choice is now clearer than ever: Avoid commenting on any controversial subjects or risk losing access to the world’s second-largest economy.Over the past few weeks, President Xi Jinping’s government endorsed a boycott against retailers like Hennes & Mauritz AB and slapped sanctions on a range of organizations — including a group of barristers in the U.K. — over statements made on alleged forced labor in Xinjiang. Then on Tuesday, he signed off on sweeping changes to Hong Kong’s election system to give Beijing veto power over any candidates.China’s more aggressive stance, triggered in part by collective action by the U.S. and its allies to sanction Chinese officials, is forcing companies to quickly weigh what they will do to maintain access to 1.4 billion consumers with ever-more spending power. So far, with growth in the rest of the world anemic, most companies are either keeping their heads down or stepping up investments.While it used to be easier for companies to operate in China and manage corporate social responsibility, now it’s difficult to show that outside influence has any impact on changing the Communist Party’s actions, according to Margaret Lewis, a law professor and China specialist at Seton Hall University.“You end up in this dilemma of stay in and be complicit or pull out,” she said. “The middle ground between those two is increasingly difficult to find. It’s a starker decision now.”The best strategy for brands like H&M facing a boycott in China is to lay low and wait until the backlash “blows over,” Joerg Wuttke, head of the European Union Chamber of Commerce in China, told Bloomberg TV on Tuesday. Indeed, several companies pulled statements on Xinjiang off their websites.‘Complicated Picture’“It’s a complicated picture,” Wuttke said. “On the one hand, China saved the skin of many companies last year,” he said. “At the same time, you have of course this kind of political pressure that is on you, and again a topic like Xinjiang is a no-win situation.”Many foreign companies with good relations are expanding their presence, particularly as Hong Kong’s finance sector booms this year due to an influx of IPOs and SPAC listings. Initial public offerings in the city have already hit almost $11 billion as of mid March, a close to 500% jump from a year earlier, with video streaming platform Bilibili Inc. and search giant Baidu Inc. among companies bringing multi-billion dollar deals.New York-based Citigroup Inc. plans to hire as many as 1,700 staff in Hong Kong as it seeks to tap growing links between the financial hub and rising affluence in southern mainland cities such as Guangzhou and Shenzhen. A pandemic-induced hunger for technology stocks and the threat of U.S. delistings have been a boon for the financial hub, driving a surge in initial and secondary share sales.For some international law firms advising companies, however, the environment for working in Hong Kong just got a lot trickier. China’s retaliatory sanctions against the U.K. included the Essex Court Chambers, which a prominent lawyer warned could have much bigger consequences for investors.After being hit with the sanctions, the Financial Times reported that the chambers removed a reference from its website to a legal opinion by some of its lawyers implicating the Chinese government in alleged genocide in Xinjiang. The Communist Party-backed Global Times newspaper said the action showed that China’s sanction were an “effective deterrent against rumors.”But Guy Sandhurst, formerly chairman of the Bar of England and Wales, said the move will affect “all British companies who do business with Chinese clients” because lawyers involved in dispute resolution for Hong Kong firms could be denied access to the territory. He called for the “Western world” to insist on dispute resolution mechanisms outside China for all future contracts.“Today it is the members of Essex Court Chambers who are sanctioned,” Sandhurst wrote on the website of the Society of Conservative Lawyers. “But tomorrow it might be Clifford Chance, Freshfields or some other major city law firm or Chambers of barristers which wittingly or otherwise offends the Chinese state.”Xi’s move on Tuesday to officially revamp Hong Kong’s election system could unleash another round of criticism and potential sanctions against Western nations, which have failed to change China’s behavior. The changes allow a small group of mainland and Hong Kong national security officials to vet every candidate standing for election, ensuring that only those loyal to Beijing are able to implement policy.‘Dangerous Decisions’Hong Kong leader Carrie Lam said the changes will help the investment climate, a position echoed by former chief executive Leung Chun-ying in an interview on Tuesday. “A lot of opportunities,” he said when asked about Hong Kong’s economic future. “It is a question of opening our minds, our eyes and ears to these opportunities and then just share with the international community.”But while Xi’s actions in Hong Kong and Xinjiang may look tough and Chinese officials are talking to the world “like now they have nothing to learn,” the moves actually reveal a paranoia that could end up backfiring among companies and countries, according to Jean-Pierre Cabestan, a political science professor at Hong Kong Baptist University who’s authored several books on Chinese foreign policy.“It’s a kind of nervousness, which is a sign of weakness and a sign that they don’t feel secure,” he said. “And that’s worrisome, because when you’re insecure you may embark on dangerous decisions and actions toward others.”For more articles like this, please visit us at bloomberg.comSubscribe now to stay ahead with the most trusted business news source.©2021 Bloomberg L.P.

Moon, Biden to hold summit in Washington next month

California woman says she drowned children to protect them