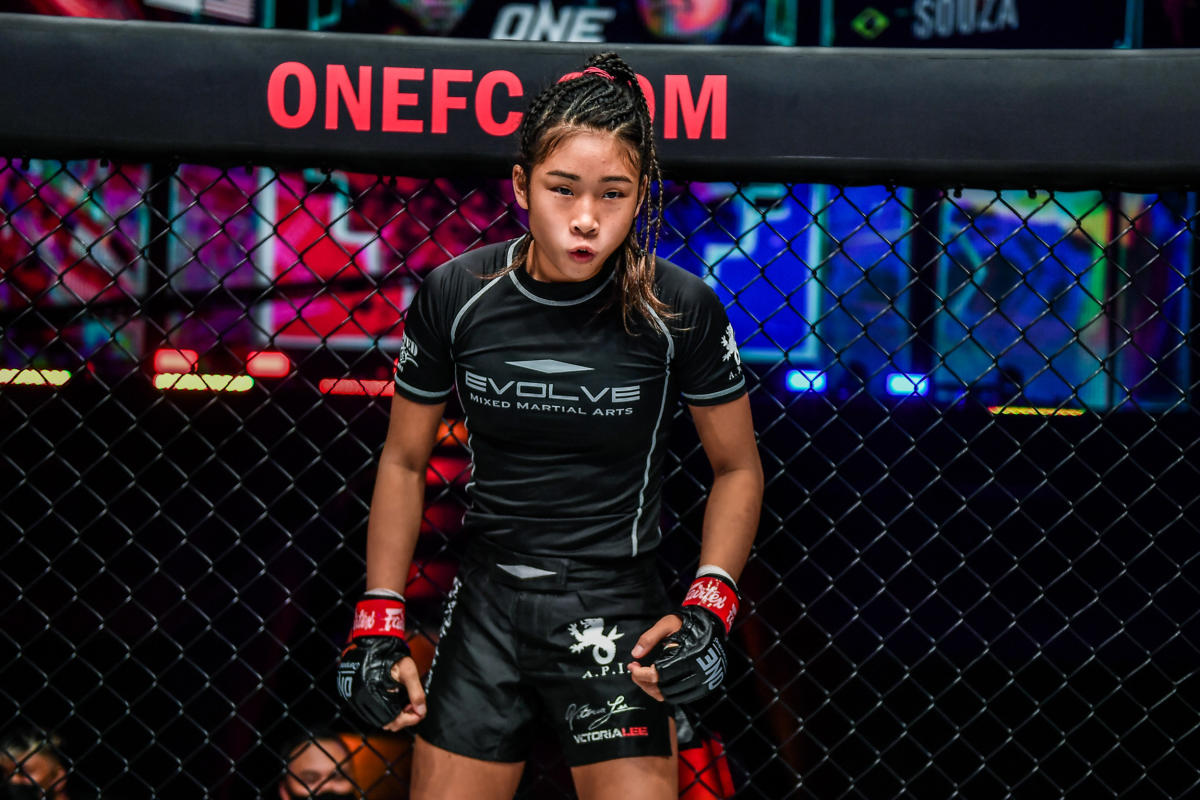 ONE Championship rising star Victoria Lee has died at age 18.

In an Instagram post on Saturday, Jan. 7, MMA fighter Angela Lee shared that her younger sister, Victoria, had died last year on Dec. 26, 2022. No cause of death has been shared at this time.

Angela continued, adding, “Victoria was the most beautiful soul who ever lived. She was the best little sister in the world. The best daughter, the best granddaughter and the best godma / aunty to Ava and Alia.”

“We miss you so much sis. More than you could ever realize,” she wrote. “We’re all broken. Because a piece of you was in each of us and when you left, those pieces were ripped out of us.We will never be the same.”

Angela wrote that since her sister’s death, she’s constantly reminded of Victoria. The athlete explained, “Each and every little thing makes me think of you. From the sun rays, to the sunset. You taught us to see the beauty in the simple things.”

“You were our bright light. Our sunshine. And that will never change,” she said. “You were perfect in every way. The best person I knew. The most beautiful girl, inside and out. We love you Victoria. I love you Sprout. Until the end of time.”

To end her message, Angela asked for “grace and respect” for her family and urged others to check in on their loved ones, adding, “Give them hugs and tell them how much they mean to you. You just never know.”

TODAY has reached out to the family.

Tributes for the young rising star poured in across social media, including a post from ONE Championship, a global sports media platform, mourning the athlete.

“The ONE Championship team is devastated over the tragic passing of Victoria Lee,” a post on Twitter read. “We send our most heartfelt condolences to her family and friends at this difficult time.”

On Facebook, ONE Championship’s CEO Chatri Sityodtong shared a touching message, stating he was “heartbroken” by Victoria’s death.

“I first met Victoria when she was 11 years old. I watched her blossom over the years as a martial artist and a human being,” Sityodtong wrote. “I always remember thinking how wise, thoughtful, and selfless she was beyond her years. Of course, she was an extraordinary martial arts prodigy even back then, but I could see that she was so much more than that.”

Sityodtong said the young fighter had a “heart of gold and a brilliant mind,” adding, “She looked after others before herself. She wanted to use her life to help the world. I will always remember Victoria for the beautiful and precious soul that she was.”

Victoria is survived by her parents, Ken and Jewelz Lee, her sister Angela, 26, brothers Christian, 24 and Adrian, 17, and niece Ava, 1, who Angela shares with her husband Bruno Pucci.

All of Victoria’s siblings are involved in MMA. Angela became the youngest person to win a world title in MMA in 2016, while Christian is the current ONE Welterweight World Champion and ONE Lightweight World Champion. Adrian is the newest to join the family business and won an amateur title in December 2022.

Throughout her career with ONE Championship, Victoria competed in the women’s atomweight division. According to the company, Victoria had three victories under her belt. In recent years, she defeated Victoria Souza with a TKO in the second round in September 2021.