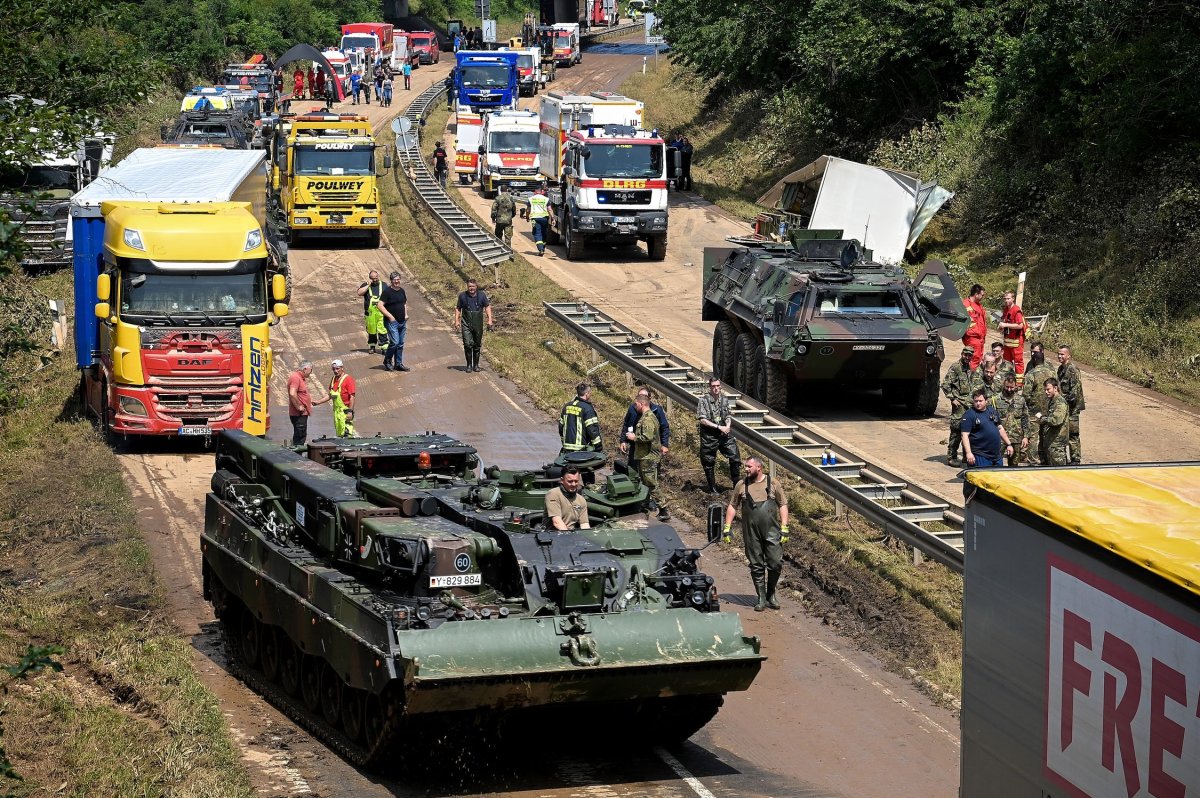 Police announced Saturday that 90 fatalities had been counted in Germany’s Ahrweiler district, a hard-hit area of the western state of Rhineland-Palatinate, bringing the death toll to more than 130 in Western Germany alone, the DPA news agency reported.

More people are feared dead in the Ahrweiler district. Authorities there have also received reports of 618 people injured.

About 1,300 people in the district remained missing Saturday as damaged phone networks have impeded efforts to reach them.

About 20 have died in Belgium, officials had said Friday, bringing the death toll to more than 150 across Western Europe.

Fatalities have mounted since flash floods from the heaviest rain in a century swept through Western Europe from Wednesday into Thursday, causing buildings to collapse in western and southern Germany, and also affecting neighboring countries.

Since then, the majority of deaths have been in Germany’s North Rhine-Westphalia and Rhineland-Palatinate regions, as rescue work has continued across the affected areas.

German President Frank-Walter Steinmeier is slated to visit the Rhein-Erft district of North Rhine Westphalia later Saturday, then join state premier Armin Laschet in a visit to Erfstadt where the flooding has washed away numerous houses and cars.

Severe flash floods have also affected neighboring Luxembourg, the Netherlands and Switzerland, with thousands forced to evacuate, but no deaths have been reported in those countries so far, officials said.

The German weather service DWD said it had passed the warning onto local authorities who were responsible for evacuations.

German Interior Minister Horst Seehofer told the Guardian “this is a consequence of climate change,” and that the country “must prepare much better in the future.”