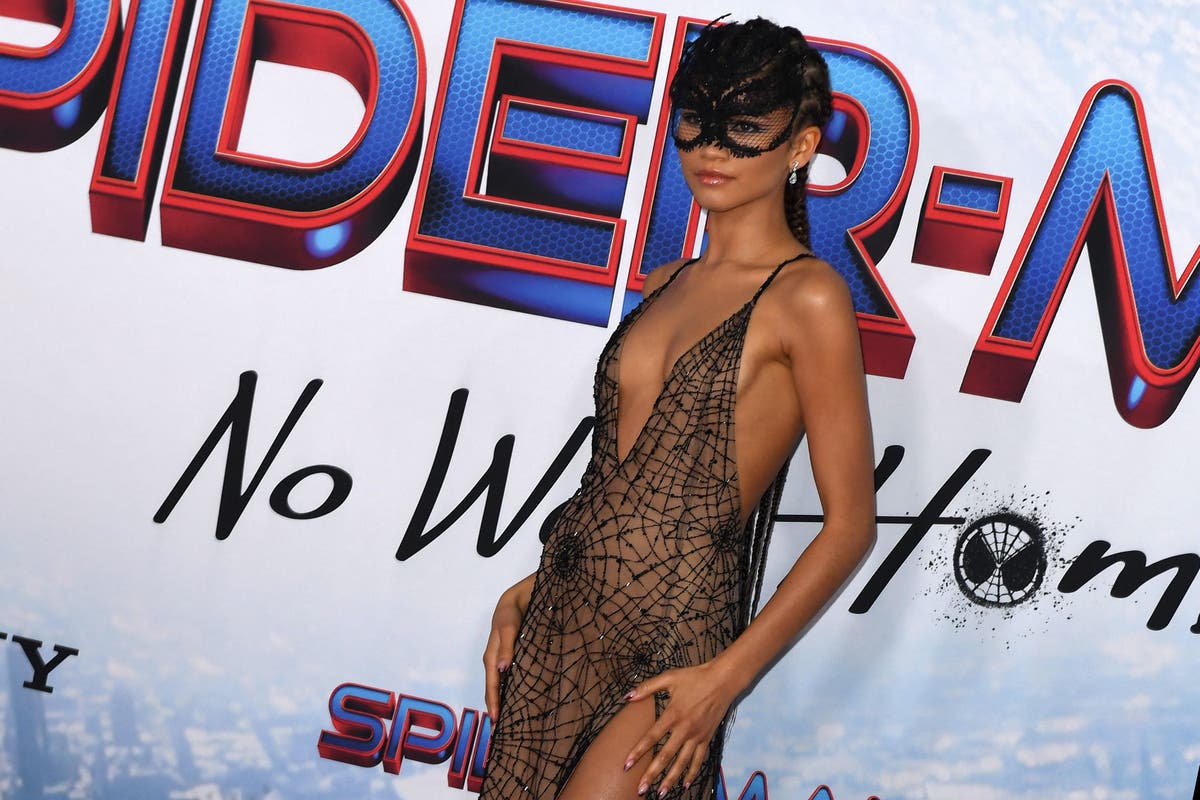 Zendaya attended the world premiere of her new film, Spider-Man: No Way Home, on Monday evening – and the actor certainly dressed appropriately.

For the event, the 25-year-old actor wore a floor-length beige and black gown that was custom-made by Valentino and covered in sparkly cobwebs.

The frock featured a plunging neckline, a low back, and a thigh high slit.

For the first part of the red carpet, Zendaya also wore a black lace mask which resembled that worn by her boyfriend, Tom Holland, when he is playing the part of Spider-Man in the film.

Holland, also 25, chose a double-breasted brown suit for the occasion.

The couple’s red carpet appearance comes after Holland was praised on social media for his comments about height differences between men and women.

In an interview with SiriusXM ahead of the release of Spider-Man: No Way Home – in which Holland plays the superhero and Zendaya portrays his love interest, Mary Jane (MJ) – the pair said their height difference has never affected them.

“She’s not that much taller than me, let’s just put this out there,” Holland said, adding that it is a “stupid assumption” that their heights would affect their relationship.

“This is normal too,” Zendaya said. “My mum is taller than my dad. I honestly never thought of it as a thing because my parents were always that way, so I didn’t know that people cared. I had no construct of it.”