Home World Zimbabwe water shortage: The community that gets water from a cemetery 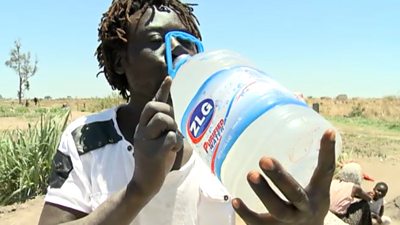 The residents of Hopley, a large settlement in the south of Zimbabwe’s capital, Harare, have had to take drastic measures to ensure they have access to water.

As community wells dry up, people have been forced to use a well situated in a nearby graveyard.

Contamination, from embalming fluids and decomposition, poses risks, but with experts saying rainfall will reduce a further 20%, water sources like this might be the community’s only choice.

Biden told this immigrant rights activist ‘vote for Trump’ in a blunt exchange. He voted for Biden but is ready to push him hard...